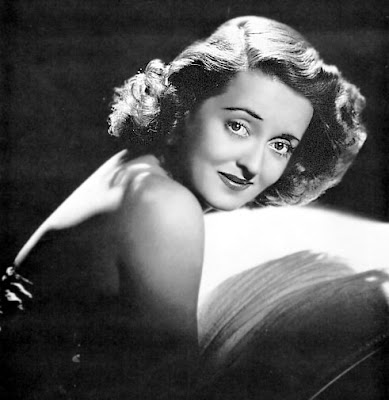 The Master.
One of my favorite things that I've ever read about Bette Davis is an assessment from the film critic Bob Mondello. He sums up Davis's career with the following:
"Excuse me: a temper tantrum or two, a bitchy remark (or six)? Entirely understandable. Bette Davis may have raised her voice on occasion, but difficult? What she was up against was difficult.

"And despite that, for six decades, she played tough, sexy broads in a way that suggested that a tough, sexy broad was what any sensible woman would want to be."
Indeed, Bob, indeed.
I love her.
OBVIOUSLY.
Posted by Aaron C. Thomas at 1:23 AM No comments:

Email ThisBlogThis!Share to TwitterShare to FacebookShare to Pinterest
Labels: people i love

Another Reason to Love Pixar

Though their films consistently tend toward the heteronormative (I'm talking to you, WALL·E), and though the internet seems to be saturated with these videos, this "It Gets better" video from Pixar is one of the best I've seen.

My friend Greg is waxing all kinds of confessional over at The Good Men Project. His article, "The Sting Is There, So You Know It's Working," reads like... hang on, let me think.

I almost felt guilty reading it – no – ashamed. That kind of shared shame that we feel empathetically when someone reveals something that we would be ashamed about if we had revealed it. (I think about violence and sexuality a lot, which means, as you can imagine, that I think about shame a lot.)

Greg's work always feels personal, but this column is special. I cannot imagine writing something even vaguely similar. I guess that's why I'm an academic and Gregory Sherl is a poet.

The column has been announced as bi-weekly. I will be checking back.
Posted by Aaron C. Thomas at 10:35 AM No comments:

When the Honeymoon Is Over 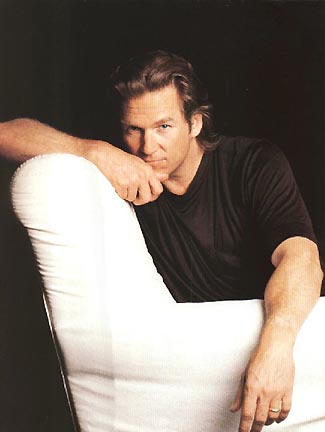 Love him.
Seriously, he has got to be one of the best actors to have ever graced USAmerican film. He has been underrated for years and is finally truly getting his due these days.

I confess to having thought him gorgeous in The Last Picture Show, Thunderbolt and Lightfoot (which has gay undertones, let's not lie about that relationship with Clint Eastwood), and the original Tron; and then admired his acting in the 1980s (Starman, Jagged Edge, The Morning After, and of course The Fabulous Baker Boys).

The truth is, though, that his work has been stellar throughout his career. In the '90s he made Fearless, The Fisher King, The Mirror Has Two Faces, The Big Lebowski, and was then nominated for an Oscar in 2000 for The Contender.

Since then, he has been flat-out brilliant in The Door in the Floor and Crazy Heart, and is about to star in the Coen Brothers' reworking of True Grit. This man is awesome.
Also. I cannot wait for Tron: Legacy to come out.
Posted by Aaron C. Thomas at 3:49 PM 2 comments:

One of my students texted me the following this evening:

Stuff like this makes my whole life. It is for this that I teach.
Posted by Aaron C. Thomas at 7:51 PM No comments:

does not work at all. I am not going to post a long diatribe about this, because it's too late to save the movie, but it's really a shame that this movie is not better.

The film of Never Let Me Go completely misses the friendship that is so apparent in the books; instead, the movie seems to think that the most important relationship in the story is Tommy & Kathy's. By focusing on Kathy's unconsummated love for Tommy, the movie misses the importance and real feeling of Kathy's relationship with Ruth. The trouble with this is that Kathy and Ruth's relationship is the point. 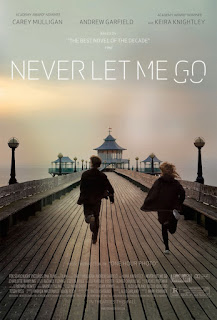 The movie also cuts almost all of the references to the "Never Let Me Go" song. This means we miss out on Tommy and Kathy's search for the old tape (instead, they moon at one another on a pier and look very serious). It also means that the scene with Madame at the end lacks any content whatsoever (in the film Madame says only "you poor creatures" or something equally banal). And the final sequence with the ideas about lost things from childhood washing up on the shore relates to nothing from earlier in the film because everything has been cut.

And the movie cuts all the sex. Ugh. It's like they started to write a screenplay and got all prudish. So instead of Kathy experimenting and finding pleasure, she mopes and cries about how much she loves Tommy, and when they finally have sex near the end of the film, the movie behaves as though she's been saving herself for him. This is ideological nonsense, of course, and an incredibly sex-negative twist on a very sex-positive book.

Worse yet, the movie is really bleak. It is almost oppressively downbeat, and the actors in the film (delightful though they may be, and I am fond of all of them) do nothing to cheer up the mood even when that is possible. Sally Hawkins is the only one who brings a modicum of cheer to the picture.

Finally, and here I will stop berating the movie for its failings, the last sequence in the film makes explicit what is only ever implicit in the book – that the lives of these young clones are the same as the lives of "real" people. This is clear in the book because of Kathy's relationship with Ruth, because of the nuances of feeling between them, because of her ability to care for Ruth, because of their desires and curiosities and explorations. In the film it becomes a sententious little speech that feels like a homily at the end of a – frankly, rather boring – church service.

So: read the book. It is lovely. Really. And skip this funeral of a movie. You will be glad you did.
Posted by Aaron C. Thomas at 11:16 AM No comments: