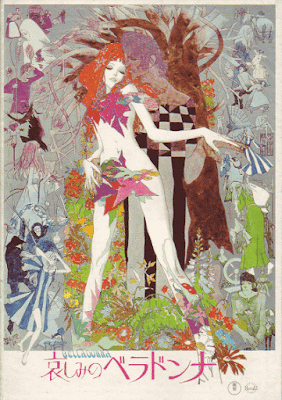 Belladonna of Sadness is a psychedelic Japanese animated feature from 1973 about a woman who is raped and then becomes a sorceress. It is weird, and I was super into it. It is currently making film festival rounds, and I expect it will be released on DVD by the year's end. Definitely worth seeing if you have the opportunity, but it is weird. Read more here.
Posted by Aaron C. Thomas at 10:48 AM No comments: 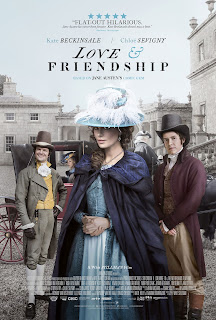 This new film by Whit Stiillman (where's that guy been?), Love & Friendship, based on Jane Austen's epistolary novel Lady Susan is laugh-out-loud hilarious. Kate Beckinsale is a riot in it, and she's also a total bitch, so I loved her, obviously. It's a bit odd, to be honest, but its oddness became sort of charming after a while and I was really quite charmed.
Posted by Aaron C. Thomas at 12:38 AM No comments:

So far, The Lobster is one of my favorite films of the year. Seeing as how it was directed by Yorgos Lanthimos, you can bet that it is set in a bizarre world where things are not like our own... or, well, they are like and unlike our own world. The reason The Lobster works so damn well is that one is continually reminded that, actually, this world that seems so bizarre, inhabited by people who don't make the decisions we would make (or do they?) is actually more like our own world than we would care to admit. This makes The Lobster into a hilarious movie, of course. There is a ton of awkwardness; characters make bizarre leaps that we cannot imagine making ourselves; but then there is the way it reflects reality, which is disconcerting to say the least. For all its weirdness, The Lobster hits close to home.
The reason 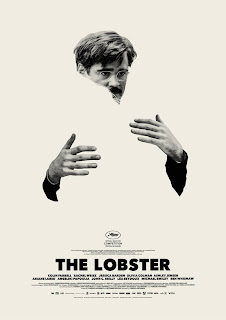 This is a smart and terrifying and sort of perfect film, in its own way. The Lobster is a challenging watch, though, for anyone who isn't down with Lanthimos's particular vision. I saw it with an older, bourgeois audience at the opening night of the Florida Film Festival, and the discomfort in the audience was palpable. Chatting with people the next day, I found that a good number of people didn't like the film nearly as much as I did. Too each her own. I like a film that is willing to unsettle.

There are a couple more things worth remarking:

1) We've all been waiting for people to discover just how brilliant Colin Farrel is. I don't really think The Lobster will change everyone's mind about him, but I sure wish it would. His work here is just superb.

2) This is not a science-fiction film. The characters live in some kind of dystopia or alternate universe, but again it really isn't so different from our own world – an exaggeration, no more.

3) What Lanthimos does so brilliantly in The Lobster is separate between comedy and violence. This is something that a filmmaker like Martin or John Michael McDonagh does so poorly, but Lanthimos does it perfectly. When The Lobster wants to be absurd, when it is interested in making fun of the society it is portraying, it sets the tone so that that can happen (even my awkward audience at the FFF laughed when they were supposed to do so). But when the film turns violent, there is no laughter. And The Lobster doesn't simply change from laughs to violence, it alternates between the two at a terrifying pace. It is to Lanthimos's credit that these shifts between terror and hilarity are executed perfectly.

4) If you liked or were fascinated by Lanthimos's previous (Academy-Award-nominated) film Dogtooth, I'm here to tell you that The Lobster is even better. Get ready.

There is actually quite a good deal more to say, but I don't think I want to do a reading of The Lobster, at least not yet. I'd rather wait until more people have seen it and have thoughts on this strange, intriguing film.
Posted by Aaron C. Thomas at 12:35 AM No comments: