The show I am co-directing this summer is an outdoor production of Thornton Wilder's Our Town that will be performed in two separate location in Lynchburg's Old City Cemetery. This commercial will be running in local Central Virginia markets:

Much of my own thinking about the show has been informed by the letters of Thornton Wilder, Gertrude Stein, and Alice Toklas. Reading about the history of their friendship has changed much about how I've thought about the relationships in Our Town. I've also been reading Thoreau's Walden; or, Life in the Woods and, of course, Seneca. It is hard, now that I've read almost all of Proust's À la Recherche to avoid relating things to Proust or through Proust. So much of this has informed my ideas about the show. It seems sort of obvious that I also spend a lot of time thinking about Wilder's other work, particularly his short plays The Wreck on the Five-twenty-five, The Long Christmas Dinner, And the Sea Shall Give Up Its Dead, and The Angel that Troubled the Waters. 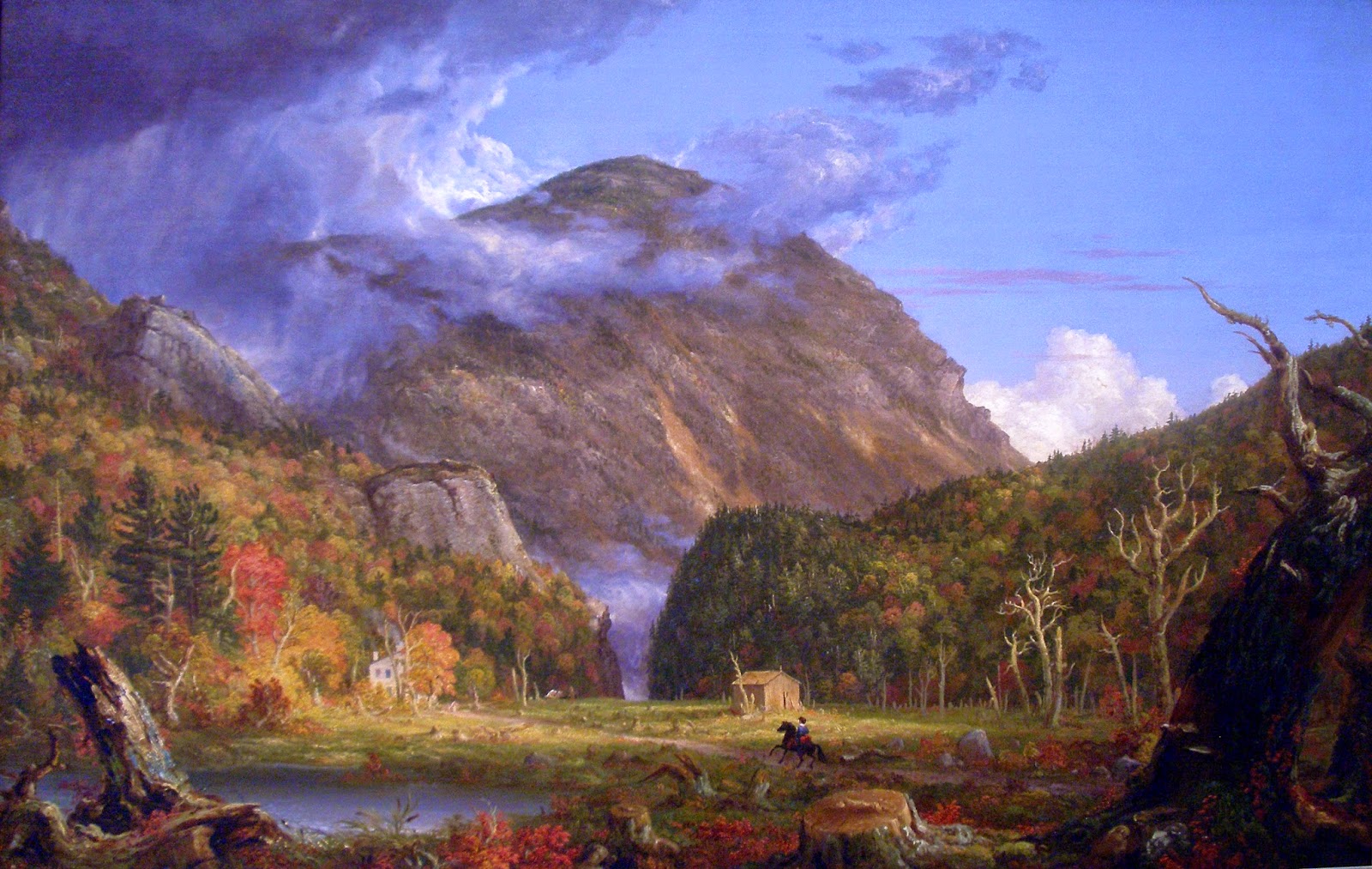 I wanted to share some of my thoughts about the show here, since it is so much in my thoughts.

At one point, the stage manager refers to the fact that the only thing we still have from ancient Babylon are wheat contracts and contracts for the sale of slaves. Every time I hear it, this mention of wheat contracts makes me think of a poem by Jack Gilbert called “The Forgotten Dialect of the Heart”:

How astonishing it is that language can almost mean,
and frightening that it does not quite. Love, we say,
God, we say, Rome and Michiko, we write, and the words
Get it wrong. We say bread and it means according
to which nation. French has no word for home,
and we have no word for strict pleasure. A people
in northern India is dying out because their ancient
tongue has no words for endearment. I dream of lost
vocabularies that might express some of what
we no longer can. Maybe the Etruscan texts would
finally explain why the couples on their tombs
are smiling. And maybe not. When the thousands
of mysterious Sumerian tablets were translated,
they seemed to be business records. But what if they
are poems or psalms? My joy is the same as twelve
Ethiopian goats standing silent in the morning light.
O Lord, thou art slabs of salt and ingots of copper,
as grand as ripe barley lithe under the wind's labor.
Her breasts are six white oxen loaded with bolts
of long-fibered Egyptian cotton. My love is a hundred
pitchers of honey. Shiploads of thuya are what
my body wants to say to your body. Giraffes are this
desire in the dark. Perhaps the spiral Minoan script
is not a language but a map. What we feel most has
no name but amber, archers, cinnamon, horses and birds.
And stars. Stars come up so much in Our Town. At the cemetery, certainly, the stage manager and many of the dead speak about the stars, but all through the play the stars are singled out for mention by Wilder. I told the cast during a meeting that because the stars are our ancestors perhaps we are all just little pieces of star, and that maybe this gets mentioned so often as a way for Wilder to link us all to a larger history that exists before humanity itself. In the Consolation to Helvia 8.6, Seneca offers us the following thought in relation to his exile from Rome to the island of Corsica:
So long as I may observe so many stars gleaming through the night – some fixed, others not voyaging forth over a great distance but circling around their own given area, some suddenly bursting forth, others dazzling our eyes with spreading fire as if they were falling, or flying by with a long trail of brilliant light; so long as I may commune with these and, so far as a human can, mingle with things divine, and so long as I may keep my mind always striving to contemplate the kindred objects on high – what difference does it make to me what ground I tread.
I love this thought, And here is an additional one, from a poem by Mary Oliver called "Stars":
Here in my head, language
keeps making its tiny noises.
How can I hope to be friends
with the hard white stars
whose flaring and hissing are not speech
but pure radiance?
How can I hope to be friends
with the yawning spaces between them
where nothing, ever, is spoken?
Tonight, at the edge of the field,
I stood very still, and looked up,
and tried to be empty of words.
What joy was it, that almost found me?
What amiable peace?
Then it was over, the wind
roused up in the oak trees behind me
and I fell back, easily.
Earth has a hundred thousand pure contraltos—
even the distant night bird
as it talks threat, as it talks love
over the cold, black fields.
Once, deep in the woods,
I found the white skull of a bear
and it was utterly silent—
and once a river otter, in a steel trap,
and it too was utterly silent.
What can we do
but keep on breathing in and out,
modest and willing, and in our places?
Listen, listen, I'm forever saying,
Listen to the river, to the hawk, to the hoof,
to the mockingbird, to the jack-in-the-pulpit—
then I come up with a few words, like a gift.
Even as now.
Even as the darkness has remained the pure, deep darkness.
Even as the stars have twirled a little, while I stood here,
looking up,
one hot sentence after another.

And lastly, in the play itself Wilder refers to Edgar Lee Masters' poem "Lucinda Matlock" from the Spoon River Anthology. His poem is also worth reading because it seems to me to encompass the whole play:


I went to the dances at Chandlerville,
And played snap-out at Winchester.
One time we changed partners,
Driving home in the moonlight of middle June,
And then I found Davis.
We were married and lived together for seventy years,
Enjoying, working, raising the twelve children,
Eight of whom we lost
Ere I had reached the age of sixty.
I spun, I wove, I kept the house, I nursed the sick,
I made the garden, and for holiday
Rambled over the fields where sang the larks,
And by Spoon River gathering many a shell,
And many a flower and medicinal weed—
Shouting to the wooded hills, singing to the green valleys.
At ninety-six I had lived enough, that is all,
And passed to a sweet repose.
What is this I hear of sorrow and weariness,
Anger, discontent and drooping hopes?
Degenerate sons and daughters,
Life is too strong for you—
It takes life to love Life.
Posted by Aaron C. Thomas at 1:04 PM No comments: 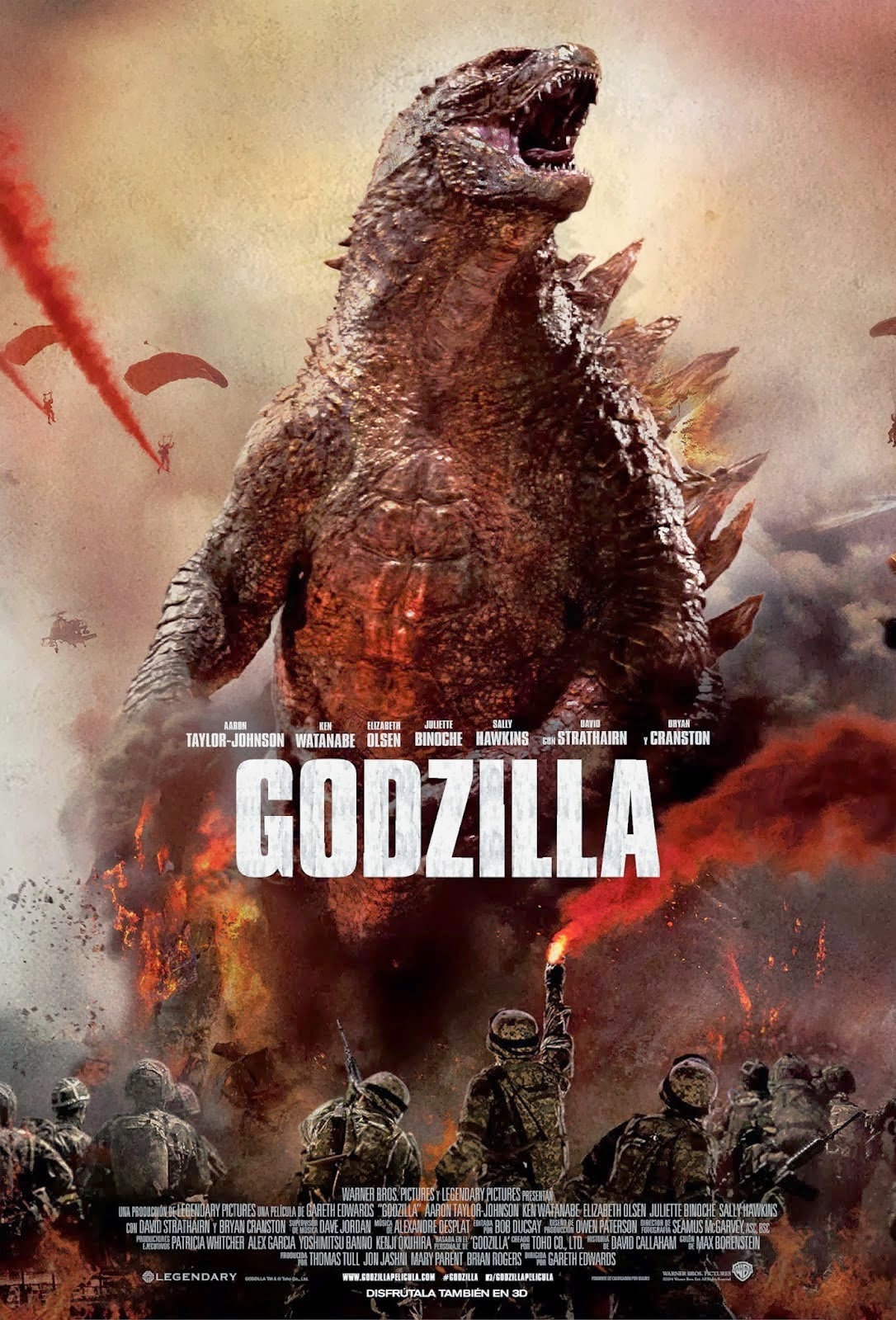 I don't normally post a giant poster here, but, like, it's Godzilla, and he/she is one huge motherfucker. In fact, my friends and I were trying to compare Godzilla to the size of a Tyrannosaurus or a Stegosaurus and, well, they are not really comparable to Gojira him/herself. This is one enormous monster.

This movie is enormous too. In fact, that is really the most important thing to say about this movie. About six minutes of it are really, really cool. The rest of the movie is intensely frustrating. Director Gareth Edwards shows us about 3 or 4 seconds of great action at a time, and then absolutely insists on cutting away from exactly the thing that the audience wants to see. This tactic happens about 25 times (I swear I am not exaggerating), and it started to drive me crazy after about the 5th time. The whole time I was thinking why isn't he letting me watch his movie? He has hidden an awesome six-minute flick within this two hour monstrosity and gives us just a little bit of awesomeness at a time.

All of this is further complicated by the really boring family at the middle of the film. I really like both Aaron Taylor-Johnson and Elizabeth Olsen, but they were both lifeless in this – staring wide-eyed and soullessly into Seamus McGarvey's camera – and waiting for something to happen. And I was too.

Godzilla him/herself is, of course, totally awesome. Just totally awesome. I could have watched her/him swim around the Pacific and walk around Hawaii/San Francisco/Tokyo and eat radiation and knock buildings over with that tail for at least 40 minutes. Maybe that's gonna be in the sequel...? It sure wasn't in this movie.

There isn't much else to say, I guess, except that I was totally annoyed by the absurdly heterosexist gendering of the other monsters in the movie (they're called MUTOs). The only thing this "female" monster cares about is reproducing, and she lays her eggs (I am not sure how the eggs are fertilized or anything like that, and the film doesn't bother to try to explain that), and then she leaves them just hanging around, but then when the eggs are destroyed, the screenwriters have her keen over her unborn young in this bizarre way. The whole thing made me cringe.

And they made Godzilla into this weird Christ figure, sacrificing her/himself in order to save the world. Sacrifice is all good and well, but the film "says" that Gojira is a kind of embodiment of nature itself. In other words, he/she should actually be rather indifferent about humanity per se.

Oh, I know what else there is to say: I've seen Guillermo Del Toro's Pacific Rim (which I really liked and reviewed here), so basically the whole time I was watching this Gojira reboot I was just wondering why they even tried. Pacific Rim already did this right.
Posted by Aaron C. Thomas at 3:32 PM No comments: