Gett: the Trial of Viviane Amsalem

Ronit and Shlomi Elkabetz's movie Gett: the Trial of Viviane Amsalem (גט - המשפט של ויויאן אמסלם) is mesmerizing, challenging, difficult, and finally pretty damning. I liked it very, very much, and Ronit Elkabetz is fantastic in the lead role.

The Witch: a New-England Folk Tale 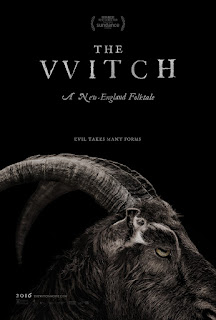 Well that was super fucked up and interesting. I was really into this. The Witch is not a horror movie, though, it should be noted. Robert Eggers' film is a character study about desire and religion. There are definitely horrifying things in this, and The Witch is certainly suspenseful and occasionally scary. But its subject matter is all too real. I had a great time watching this.
Posted by Aaron C. Thomas at 10:48 PM No comments: 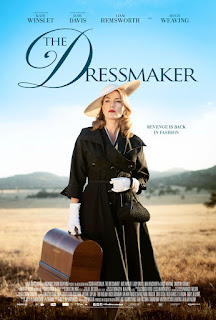 Truly awful. How was this even greenlit?

I went to this picture thinking it might get a Costume Design nomination at the Academy Awards. I left angry at how bad of a movie this was. My companion and I went immediately to the bar and drank.

I feel fairly certain this will be the worst movie I see in 2016. 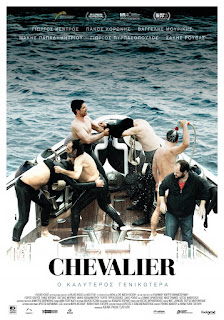 A vicious portrait of contemporary masculinity.

But the thing is, it's also a comedy, and so Chevalier often settles for easy and obvious critiques rather than actual analysis. It is very easily to laugh at men who take masculinity so seriously, and (worse still) at men who can't achieve the masculinity they so desire to achieve.

Don't get me wrong, Chevalier is funny – but who is allowed to do the laughing? Is it funny because masculinity itself is stupid and because we all know it is impossible ever to achieve in any kind of fixed way? Or are these men funny because they simply can't hack something that they should actually be able to manage?
Posted by Aaron C. Thomas at 12:19 AM No comments:

Moonlight, the new film by Barry Jenkins, was written by Jenkins himself, but is based on a play by Tarrell Alvin McCraney, and although it is structured like a good play – there are even clear act breaks – Moonlight looks and moves like a film, and a very good one at that. McCraney is known for telling stories about queer black folks, and Moonlight is no exception, following a young boy who everyone understands is "soft".

Chiron, the character central to the film, lives with his mother, a crack-user in Miami, and develops a relationship with Juan, a much older man who takes care of him occasionally. This is a simple movie about a very complicated young man who doesn't like to talk or doesn't have the words for the things he's thinking. Little Chiron just sits there, too terrified to talk about what he wants.


Moonlight is also unapologetically an art film. Barry Jenkins is primarily looking to Wong Kar-Wai for inspiration. The film uses music, light, movement, structure, and silence like In the Mood for Love more than anything else, and indeed Moonlight's subject matter – forbidden but real love – makes Wong a perfect model.

The acting is beautiful. Naomie Harris is superb, particularly in act one, as Little Chiron's mom. And although Chiron himself is played by three different actors, each doing excellent work, Trevante Rhodes, who plays Chiron as an adult, is an absolute standout. His performance is stunning – rich, layered, and almost unbearably heartbreaking. In fact, the film is nicely bookended by superb performances: Mahershala Ali, who plays Chiron's mentor in the first act of the movie, gives a similarly nuanced and complex performance. Both actors are phenomenal. 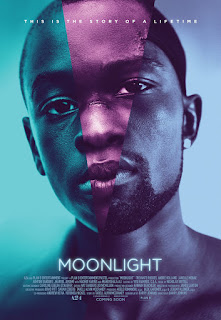 I loved this movie... but to my mind it is not quite perfect. The whole thing feels a little too relaxed for my taste. It is a film brimming with sexual tension, but the final act of the film is not as scary as I wanted it to be. Throughout, I think the stakes of the movie are a bit too low. A part of the Wong influence, I think, is that Moonlight is loving and generous with its characters. This means that we watch them from the point of view of kind observers, and the movie is allowed to be more painterly, ever-so-slightly distanced. What the film doesn't do so well is allow us into the terror felt by teenage Chiron. We watch him, and we love him, but the speed of Moonlight, its leisurely pace, doesn't let us get really scared for the boy, and so the film (in both acts two and three) is more relaxed than I wanted it to be.


But my gripes are small. This is one of the best movies of 2016. You've probably already seen it, since it came to Orlando three weeks later than it was released most places. (This is a pretend city.) But if you haven't seen it yet, go. You're gonna love it.
Posted by Aaron C. Thomas at 10:03 AM No comments: 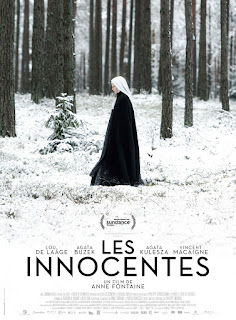 Anne Fontaine's Les Innocentes is a superb film in French and Russian and Polish. It is about a young French doctor working for the Red Cross in Poland after World War II who finds her way to a convent where she is asked to treat a group of nuns who have been raped by Soviet soldiers. Several of the nuns are now many months pregnant, and the film follows the doctor as she negotiates her position with her superiors, the doctor with whom she is having an affair, the many complex personalities in the convent, and the ever-present sexual threat of the Soviet soldiers.

Les Innocentes stars Lou de Laâge, who is mesmerizing as the lead, and co-stars Agata Kulesza (from Ida) and Agata Buzek (who gives the movie's standout performance as a sister questioning her faith). Vincent Macaigne is Lou de Laâge's handsome lover.

I cannot recommend this movie enough. It is complex and fascinating, and tells the story of the very difficult positions in which many women of faith were placed after the war. I absolutely loved it.
Posted by Aaron C. Thomas at 1:19 AM No comments: