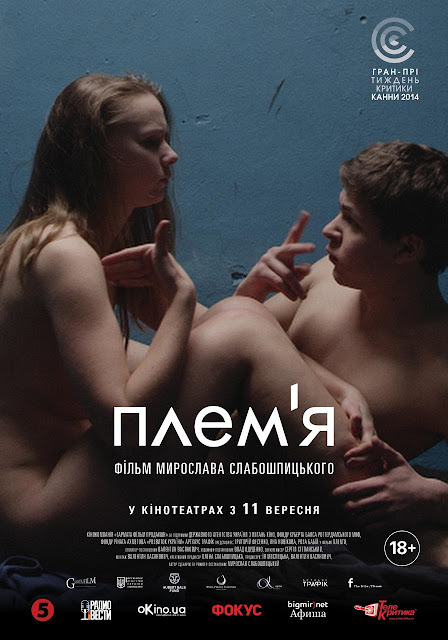 This Ukranian film is performed in Ukranian sign language. There are no subtitles and there is no translation provided. A gimmick? Yes. But it works wonderfully. The Tribe is unforgettable. Powerful. Stunning. What other awesome things can I say about this picture? The screenplay is aces, the acting is great. It's like nothing you've ever seen.
Posted by Aaron C. Thomas at 2:16 AM 1 comment: 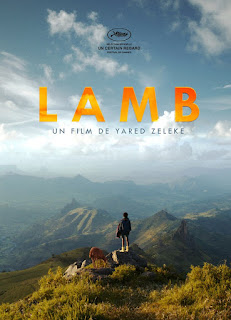 This movie, Ethiopia's selection for the 2016 Foreign Language Oscar, played at the Florida Film Festival today, and so I was finally able to see it.

Yared Zaleke's film is a sweet coming-of-age picture about a young man learning to be a grown person, i.e. learning to share what he has with those around him. It is a nice little film with a charming cast and a lovely little story.

Zaleke also beautifully places Jewish, Christian, and Muslim Ethiopians next to one another, and sees them living as friendly neighbors with one another, without the religious/racial hatred that usually adheres to these kinds of stories.

I am not usually into coming-of-age narratives, as you probably know (cf. Theeb, Hugo), but Lamb is very sweet and I enjoyed it even if I didn't love it.
Posted by Aaron C. Thomas at 11:58 PM No comments:

I'm reading the Marquis de Sade's La Philosophie dans le Boudoir at the moment with a couple of other gay men (queer book club!) and one of the things that I am finding interesting about it is that it is – as the title Philosophy in the Bedroom might have intimated – a series of philosophical dialogues that take place in the bedroom. Sade's dialogue, though, is actually a dialogue about philosophy. These sexually voracious characters talk about more than sex; they talk about Enlightenment philosophy, the nonexistence of gods, ethical points of view, justice, etc. 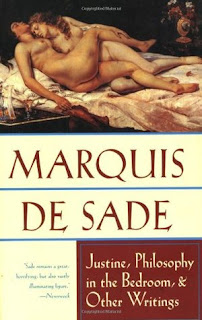 I think the reason I am interested in this easy switching between the world of le boudoir and the world of la philosophie is because I am not sure I do this switching so very well. Now, obviously, I am a queer man who has made his queerness central to the practice of his own scholarship, and indeed I both write and read history from the point of view of queer historiography. I always say that I learned how to be queer from the theorists I read and loved when I started studying: Gloria Anzaldúa, Cherríe Moraga, Pat Califia, Leo Bersani. And this queer subject position and my political interests have influenced my own investments in queer theory. This is one of the ways that queerness and queer theory have had an effect on literary studies, on historiography, on the humanities in general. The personal is political, feminist criticism taught us, and many of us have made queerness not only central to our own life-worlds but also central to our critical position within our fields.

But this is an identity position and a critical position related to my subjectivity not exactly (in fact rather far from) a sexual position. And what I am not sure I do so well is move with fluidity between the philosopher I understand myself to be and myself as a desiring sexual subject or (less frequently) a desired sexual object. 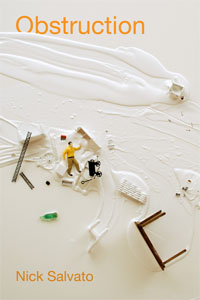 I am thinking about this because I recently finished Nick Salvato's brilliant book Obstruction, and in chapter one he theorizes embarrassment as a feeling that arises in a social situation when the performance of self is exposed "as undesirably or nonideally multiple and divided" (40). In other words, we feel embarrassment when a self that we are used to performing in one social situation is somehow exposed or highlighted in a social situation in which we are not used to performing that (version of our) self. For example, I may be quite comfortable talking in a very in-depth way about The Lord of the Rings and the history of Middle Earth with one group of friends, but would feel distinct embarrassment were one of those people to ask me a detailed question about Tolkien in front of a group of my students. My teacher-self and my Tolkien-loving self don't really move in the same spheres, or rather I perform one version of my self to my students and another to my Tolkien-loving friends. And this confusion of selves or perceived-as-incorrect spatial configuration or relation for one (or more of my selves) is experienced affectively as a cringe or blush – embarrassment.

But we are talking about sex (or at least we were), and I was saying that I don't think that I've done a very good job of merging my sexual self and my philosophical self. Or perhaps what I mean to say is that I have kept these two versions of my self quite separate for reasons I am not sure I really understand. I don't think this is to say that I am embarrassed about my own sexual desires or activities or partners as a philosopher, but perhaps I am embarrassed about the philosophy in my bedroom, concerned to the point of embarrassment with oh-I-don't-know ethics or critical race theory or radical queer feminism or (and this seems very likely) the theorization of sexual violence.

I am not really sure where I am headed with these observations, but perhaps what I want to say is that for Sade, sex – the boudoir – makes philosophy very very simple. Sexual liberty as a personal political mandate makes theorizing about the rest of his world so much easier. For me, on the other hand, I think philosophy has made sex rather a bit more difficult.
Posted by Aaron C. Thomas at 12:37 AM No comments: