When I was a kid, I loved Disney's 1959 film Sleeping Beauty. To begin with, it is beautifully animated. I loved the straight lines of the castle and the characters (even Prince Phillip's horse), the gorgeous colors, and pageantry of royal christening. I loved the Tchaikovsky-inspired score and the main song's catchy lyrics – And I know it's true / That vision's are seldom all they seem / But if I know you / I know what you'll do / You'll love me at once / The way you did once / Upon a Dream. But mostly I loved Maleficent. 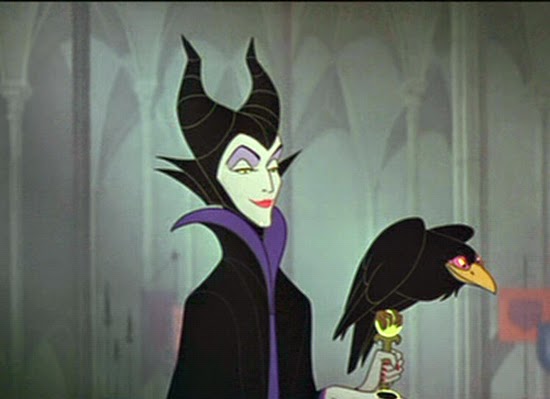 She was fabulous. All dark and brooding and incredibly powerful. She was also cruel and greedy and rather ugly. But unlike the silly, bumbling, good fairies, Flora, Fauna, and Merryweather (what in the hell is something called merryweather doing with flora and fauna anyway?), Maleficent was regal. She walked with poise. She wielded an awesome staff. And she could turn into a fucking dragon. This was clearly everything I wanted to be in life. And Eleanor Audley's voice was just too good. Deep and rich and calm: it was everything my little soprano voice was not. I used to mimic her tone, her way of speaking, her clipped diction. And I used to practice issuing stern commands to my minions (clearly I was an ENTJ when I was a child and not the solitary, introspective INFJ I am now).

Clearly this is all some kind of drag fantasy that the little genderqueer boy that I was performed and enjoyed. But since I've gotten older I've noticed that lots of people that I know identify with the villains of the classic Disney movies rather than those movies' heroes or heroines. It is a kind of disidentification practiced by queer people, people of color, or otherwise misunderstood people, who don't see themselves in the inamorati of the Disney cartoon. I never wanted to be a princess. No thanks. And I never wanted to be Prince Phillip, either, or even (at least I don't think so) have Prince Phillip or Prince Eric or Prince Charming or any of those dudes come save me. Such a thought never would've occurred to me. But the evil, uncontained, dark female character, who tries to rule the world and ruin the lives of the pale protagonists of the story? Sign me up!

For the record, I loved Jafar, too, and used to quote him extensively, and I obviously loved me some Ursula the Sea Witch.

On first glance, Angelina Jolie's casting as Maleficent is perfect as a fulfillment of my childhood villain-identified fantasies. She is by all accounts a lovely person and obviously an incredible humanitarian, but on the screen she has often played bad girls and misunderstood women. She is obviously gorgeous, but she has something dark about her. Anyway, this is excellent casting.

But the film is just not great. It has an awesome dragon, to be sure, and it also contains one really good sequence (right before Aurora pricks her finger), but less than a year after Frozen, Maleficent hinges on a trick identical to that film. And the plot – greedy power-seeker destroys the land of the fairies – is an old, boring one. Worse yet (and this is where the movie falls absolutely flat), Maleficent isn't evil at all. In fact, she's good. She's actually a saint, as it turns out. And what's worse: she learns a lesson. Gross. 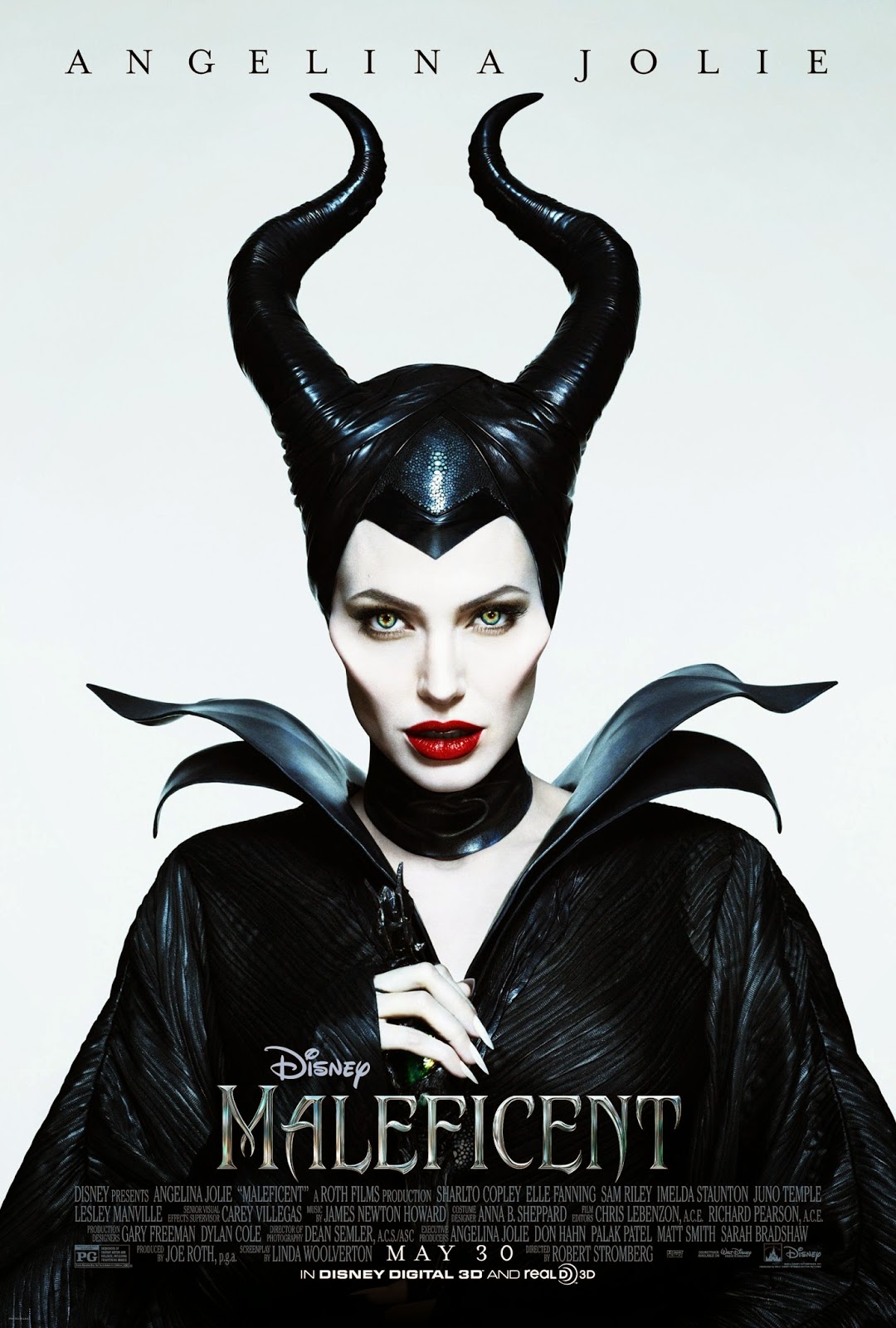 I didn't identify with this character at all. Maleficent, the powerful, fabulous creature of my childhood fantasies, turns out to be a sentimental, jilted lover, who never does anything really bad or anything she might actually regret. She gets revenge for what is done to her, but she is always in the right. She never takes things too far. Only the cheekbones of this Maleficent could ever be described as excessive. Everything else is reasonable. All of this is toothless and boring, but I also see it – and this is actually rather awful – as a kind of foreclosure of the disidentification I experienced as a child when I wanted to be Maleficent. Transforming the villain into someone who is a good person deep down enacts some kind of ridiculous twenty-first century fantasy where we seem to believe that "bad" people are actually just "misunderstood", and you can always get through to someone who is doing something you don't like simply by talking to him or her and appealing to his or her reason.

But this isn't true, first of all, and second of all it still assumes a version of good and evil to which I have no desire to subscribe. In this fantasy, the bad girl's heart can be changed by motherhood, and by the beautiful smile of a happy blonde child. Well, no thanks. Happy blond children do not make me want to smile, and I don't wish to think of my own badness/queerness as actually good. See, for me, the villain of the 1959 film was someone with whom I could identify. In 2014, Disney hasn't given me anyone who I would want to be.
Posted by Aaron C. Thomas at 7:50 PM No comments: