So, on the way back from Chicago this summer, Julien, Becky and I were talking about The Help. The movie hadn't been released yet, but both Becky and I were skeptical. Julien asked about our skepticism. Do you think the movie will be racist? 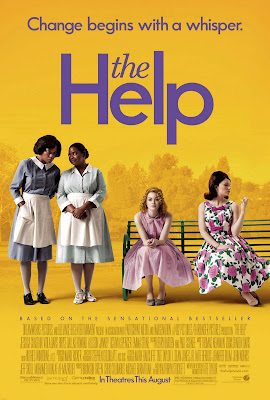 I was right. The Help is actually extremely stupid about race. From its total ignorance about the state terror under which black people lived (and continue to live) in the South to its insistence on black women's love for the white children they're forced to raise to the almost total absence of black men in the film to the humorous way The Help deals with black women's fear of white men, The Help is just dumb about race.

Any film with a magic negro in it falls in the category dumb-about-race for me.

But all this got the three of us to thinking about what films are smart about race. I might need some feedback on this. I could not think of that many. These are the films I could think of:

Two films by Anna Boden and Ryan Fleck: Sugar and Half Nelson. The first is about a baseball player from the Dominican Republic who comes to the U.S. and is transplanted to a midwest farm team. The second is about a teacher who is addicted to crack. Half Nelson in particular taught me about my own racist prejudices when I watch a film. That film stars Ryan Gosling and Anthony Mackie. So good.

I also recently watched the film Claudine from 1974 with Diahann Carroll and James Earl Jones and found it funny and moving and extremely smart about race.

I always thought Monster's Ball was pretty smart about race, too, but it's been a while since I saw it, so I can't remember that all that well.

There are probably a couple more that I am missing here. Anyhow, the point is: the list as such is not very long.