My favorite day of the year is this Tuesday, January 24th. My friend Jaime calls it my christmas morning.

That's because on Tuesday, at 8.30a, the Oscar nominations will be announced. (You can watch the announcement live here.)

Now, the reason I love this day so much is because nomination morning is all about surprises. By the time the little gold men are handed out in February, we pretty much know how it is all going to break down: who is going to go home with which little gold man can be fairly easy to predict if one has been paying attention (not always, but for the most part). But there are always surprises on nomination morning. People get snubbed. Various branches choose bizarre people to award. Actors no one has been talking about get nominated. It can be really cool.

So instead of posting predictions I would rather actually not predict who is going to get nominated and instead tell you who I'll be rooting for on Tuesday morning.

Alberto Iglesias. He has some great scores this year, and I hope he gets some recognition. Perhaps for Tinker Tailor Soldier Spy. 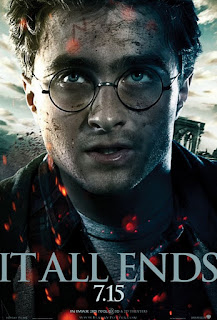 Tinker Tailor Soldier Spy. In general. I am definitely rooting for Gary Oldman, but also for a screenplay nomination, editing, and cinematography, as well.

A Separation. I would love it if this got a screenplay nomination as well as a foreign-language nomination.

Win Win. I really liked this picture, and a screenplay nomination would be great.

Tilda. I haven't seen her movie We Have to Talk about Kevin yet, but I love Tilda, and she didn't get a deserved nomination for last year's I Am Love.

Terrence Malick. His movie is my favorite film of the year. Heaven knows the man does not need awards or recognition in order to continue making good pictures, but I am crossing my fingers for the master anyway.

Janet McTeer. I loved her in Albert Nobbs. Here's hoping.

Michael Fassbender. They wouldn't leave him out, would they? They might. I'm crossing my fingers that they don't.

I am also hoping for one or two nominations each for Harry Potter and the Deathly Hallows: Part 2 and Rise of the Planet of the Apes.

And in general I am, of course, hoping that all of my favorite movies do well on Tuesday morning.

What do you all think?