This is easily the best animated feature of the year (I'll talk more about the scraping of the bottom of the barrel that this year's nominations are in another post). But, don't let the lack of competition fool you. Coco is actually brilliant. It may look like a retread of The Book of Life; it's not. This movie is breathtakingly gorgeous, vividly imagined, and the story is told beautifully. The songs are lovely, the acting is wonderful, and I cried several times. There was a moment in the middle of the movie when Miguel, the young protagonist, has his guitar taken from him by his abuela, and I reacted so strongly and violently that I realized I was completely in love with Coco, and that was before little Miguel reached the land of the dead and I realized that this was going to be the most finely realized Pixar movie yet. The animation is stunning. This is in my top ten films of the year. It's better than The Shape of Water; it's better than Three Billboards; it's better than Lady Bird; it's better than Get Out. And it deserves to win both of the Oscars for which it is nominated. 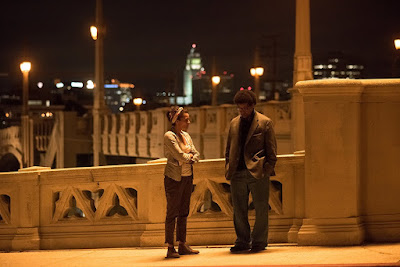 This isn't terrible, honestly. Denzel is quite excellent, and I'm glad he got nominated (especially since I pregamed this movie), but this movie has serious script problems. I rather liked it for much of its running time, and watching Washington make the acting moves he makes is very interesting. As I said in my longer review, he is constantly surprising, and the part is really different from parts he usually plays these days, but I think that is really the only selling point this movie might have. It is a clunkily told story about ethics in Los Angeles that can't quite ever seem to focus on its themes because it is too obsessed with its plot – a plot which is not as well thought-out as it might have been in the first place. Washington can't win this year, even though most people agree he was a close runner-up to last year's award. He'll need to be part of a movie more widely loved in order to win this trophy again, but this nomination is well-deserved.
Will Win: N/A
Could Win: N/A
My Rating: #45 out of 80 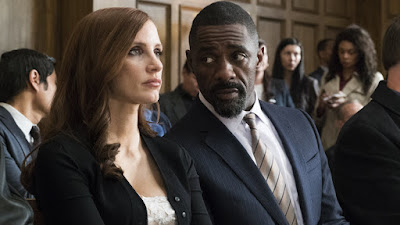 I thought this worked really well and I liked it a lot. It moves quickly and with purpose, and it only gets slowed down twice. (There's a stupid sequence in which we learn about Molly using drugs and another slow sequence in which she heals from a violent attack. Both of these sequences break the contract the narrator and filmmaker have made with the audience.) But actually – and this surprised me – I thought Sorkin's direction was mostly great. This is perhaps not too surprising, and it is also true that this film might have been better with a more experienced director reining him in at certain times, but I confess that I like this snappy Sorkin dialogue, and if I wasn't completely on board with the film's ethical arguments (which quote Arthur Miller directly), I had fun at this movie. It felt like a window into something I know nothing about, and the lightness of the whole thing was amusing throughout.
Will Win: N/A
Could Win: N/A
My Rating: #31 out of 80

I've written about this film and its drawbacks already, so I won't rehearse all that again. What I didn't say is that this film does feel like a kind of extension of Franco's work. I think Franco is building a kind of film directing oeuvre that makes sense, or at least he is making films that hang together in some way. The Disaster Artist is, in many ways, very similar to Interior. Leather Bar., for example. Mostly, though, I think The Disaster Artist falls short of what it could have been. It doesn't explore Tommy Wiseau deeply enough to be really interesting, and it is too busy laughing at him to get under his skin. Is Wiseau gay? Is Wiseau an obsessive? Is he clueless? In love? Terrified? Desperate? Who is this dude? It isn't enough to say "no one knows", but that is what this film chooses to do.
Will Win: N/A
Could Win: N/A
My Rating: #55 out of 80
Posted by Aaron C. Thomas at 9:25 AM