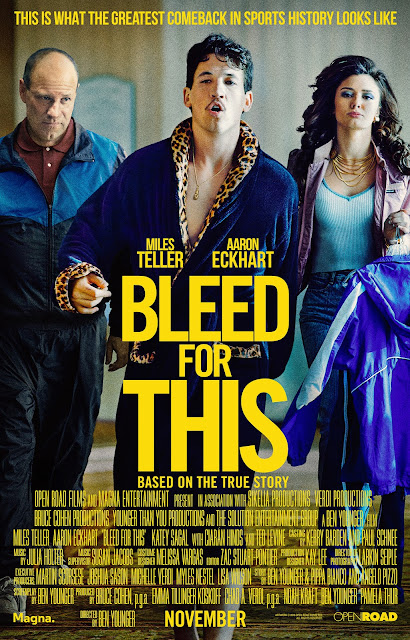 Ben Younger's Bleed for This is an odd film. The acting is fine, but the filmmaker doesn't know how to do the things he needs to do to make his movie successful. Younger looks down on his characters, as you can clearly see from this poster above; he thinks they're amusing or curious. Worse yet, every single thing in this movie feels generic. As with the Stephen Frears' biopic of Florence Foster Jenkins, also from 2016, this film tells the story of Vinny Paz, but it never gets under the skin.
Posted by Aaron C. Thomas at 1:16 AM