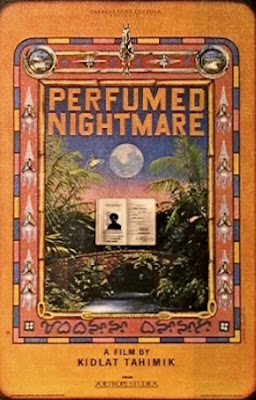 Wow. Mababangong Bangungot (Perfumed Nightmare) is an extraordinary film. It's from 1977 in the Philippines and it's like a Nouvelle Vague movie, but it is also very different and totally it's own thing, which is a documentary–memoir–fiction–fantasy that is by turns absolutely hilarious and poignant. Perfumed Nightmare is also very clearly the inspiration for Rithy Panh's film work.
Posted by Aaron C. Thomas at 10:51 AM