The Briefest of Reviews from 1970 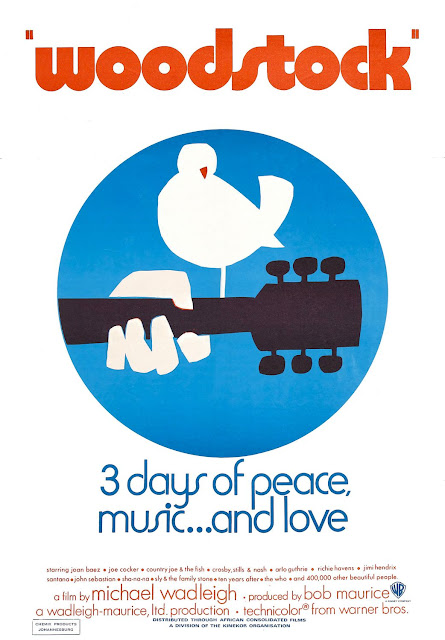 Michael Wadleigh's film Woodstock: 3 Days of Peace & Music is another incredibly wonderful find from 1970. This documentary is filled with extraordinary footage from the 1969 festival. The movie lasts about 3 and 3/4 hours and it is fabulous. The music is obviously central here – and it's fantastic: Joan Baez, Richie Havens, Jefferson Airplane, Crosby Stills & Nash, Jimi Hendrix, Joe Cocker – but the way the film itself works is just as important to how good the movie is. The editing, by Scorsese's frequent collaborator Thelma Schoonmaker, is nothing short of genius (Scorsese also worked as a co-editor on the movie). You can come and go with this one – it's long enough to feel too long in a single sitting – but this is a movie I could watch repeatedly. Much of the footage in Woodstock is absolutely unbelievable.
Posted by Aaron C. Thomas at 10:22 PM