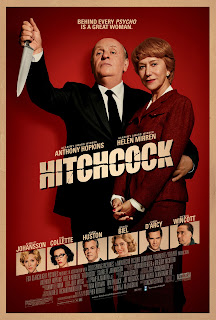 Apparently no one in the Academy liked this picture, because although Mirren looked like a shoo-in for a Best Actress nomination, she was beat out by five actresses, none of whom is as famous as she. Mirren already has an Oscar, of course (the year The Queen came out no one talked about anyone else), so the other five needed their nominations much more than she, and I can't feel too sorry for her, especially since her role really isn't that interesting here. Truth be told, the acting really isn't the showcase in Hitchcock, and Anthony Hopkins (despite being an Oscar-winner himself) was apparently on no one's radar as a Best Actor candidate. Now, I liked this movie. I thought it was charming and quite funny in a totally unrealistic, whimsical sort of way that the film cultivated. But I thought the prosthetics used to make Hopkins look like Hitchcock were decidedly unsuccessful and did nothing but look like prosethetics. I didn't believe them for one second, and indeed found Hopkins' look so distracting that I couldn't take even his serious scenes seriously. And though the Academy has often nominated the people-in-fat-suits look for Best Makeup (Norbit, Click, The Nutty Professor), those films rarely have gone on to win the Oscar. Don't expect Sacha Gervasi's film to take home a little gold man either. 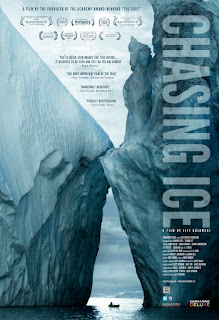 This is one of the only nominees this year that I haven't seen. I guess I'll see it eventually, but Chasing Ice has not been released anywhere near where I live. If you haven't heard the nominated song, you should click here to hear it. It's a song about – well, actually, I am not quite sure what it's about (maybe growing old before one ought to?) – anyway its melody is quite beautiful. It is also sung by Scarlett Johansson, who goes quite flat on the low notes, but whose voice is lovely when it is in range.
Will Win: N/A
Could Win: N/A
My Rating: Not Ranked - Documentary 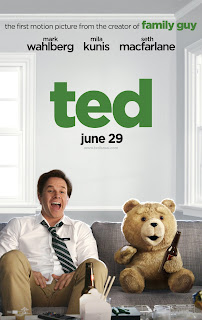 I really disliked this movie, but I should perhaps start by saying that I love Mark Wahlberg. I love Mark Wahlberg so much that I think his movies are worth seeing just because he is in them even when they are terrible movies. Still, Ted made me pretty irritated. The Oscar-nominated song in the movie, which plays over the opening credits, is charming enough, I suppose, if unmemorable, but I really want to just take this moment to voice my complete bafflement over the exclusion of John Legend's awesome "Who Did That to You?" from the Best Original Song category. Seriously, that song is so good and it comes at a crucial turning point in Django Unchained that is instantly memorable. My companions and I all left the theatre talking about that song. With Ted I left the theatre talking about Giovanni Ribisi.
Will Win: N/A
Could Win: N/A
My Rating: #56 out of 65
Posted by Aaron C. Thomas at 11:40 PM