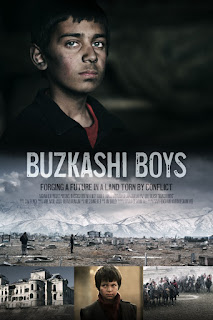 This is a very USAmerican-inflected pull-yourself-up-by-your-bootstraps sort of narrative. One, in fact, I'd be surprised to see from an Afghani filmmaker, but one that felt to me like a USAmerican film made about Afghanistan. Buzkashi Boys is about two best friends who love Buzkashi. One of the boys is a street urchin and the other the son of a blacksmith. The film is about a day off that they take, dreaming of riding Buzkashi and fantasizing about the future. It's a good film with what I thought was an off-kilter morality. The idea that "you can be anything you want to be" is hardly something in which any of the characters can actually put stock, yet the film appears to believe this. Or some version of it, any rate.
Will Win: Live-action Short Film
Could Win: N/A
My Rating: #3 out of 5 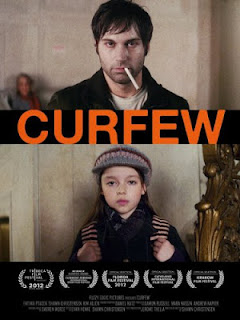 I am not actually sure how this got nominated. It is an odd movie with a totally bizarre tone. The film opens with a bloody hand (still holding a razorblade!) reaching down from the bathtub to pick up a phone. In what I imagine was supposed to be a humorously macabre sequence, this man's apparently hysterical sister needs him to babysit his niece for a couple of hours and would he please stop killing himself and get cleaned up and come over in twenty minutes? The film is filled with little "jokes" like this one but at the same time would like to be a serious film about depression, the importance of familial ties, and (let us not forget – as if we could) the healing and transformative effect that having a child in your life can have on all of our lives. I was bored, but I've heard that Curfew is actually the frontrunner. That sort of makes me want to leave the room and open another bottle of Cabernet Sauvignon.
Will Win: N/A
Could Win: Live-action short film
My Rating: #4 out of 5 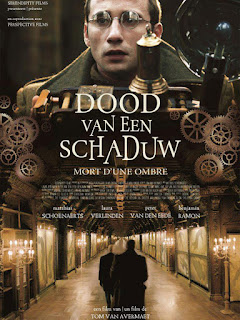 Well this was great. This is a time-travel/fantasy film set near World War I. The film doesn't explain itself – hardly any exposition at all – but I felt the world of Death of a Shadow deeply from its first minutes. This film, for me, was about the way human beings are subject to cruel fates – often at the hands of others – but that we still have the capacity for generosity even within the boundaries set for us. Death of a Shadow stars Matthais Schoenaerts from Rust and Bone and from one of my favorite films of the year, Bullhead. He is unrecognizable in this short film, but his performance is excellent nonetheless, and Van Avermaet's filmmaking is sad and beautiful.
Will Win: N/A
Could Win: Live-action short film
My Rating: #1 out of 5 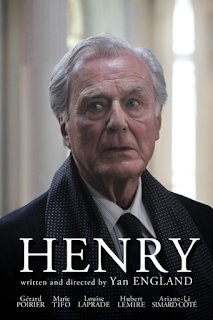 England is a Canadian television-actor, so I am sure this nomination means a lot. His film also really packs an emotional wallop. It is the only one of these shorts that had me in tears. I feel, too, that Henry earned those tears. The plot is not particularly convoluted or contrived, and though the story is very familiar – a man losing his memory as he gets older – England tells the story spatially, so that his protagonist moves in and out of a series of rooms, living inside his memories and watching them unfold, not always knowing who is whom inside of them. I really liked it and found the whole thing quite moving.

Will Win: N/A
Could Win: Live-action short film
My Rating: #2 out of 5 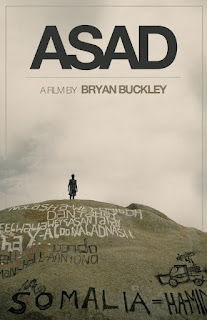 I didn't really understand this one. I mean, I get it. It's about fishing and doing honest work instead of working as a soldier or a pirate. But the way the film approaches this was strange to me. Buckley presents the (important and often purely economic) decision whether or not to be a pirate or whether or not or to be a soldier as a choice between whether or not to be a bully: a decision made in a Manichaean world, in other words, that is as obvious at the beginning of Asad as it is at the end.
Will Win: N/A
Could Win: N/A
My Rating: #5 out of 5
Posted by Aaron C. Thomas at 12:28 AM