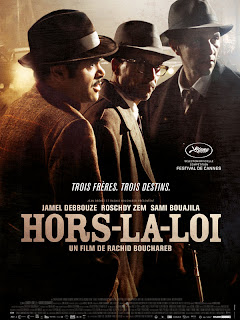 This is Rachid Bouchareb's second nomination in this category. Indigènes, the previous film, also happened to star Debbouze, Zem, and Bouajila (a favorite actor of mine). This is another one of the foreign language films that I have not yet seen. It has been released in the U.S., however, and ought to be on DVD soon...


Will Win: N/A
Might Win: N/A
My Rating: Not Yet Rated 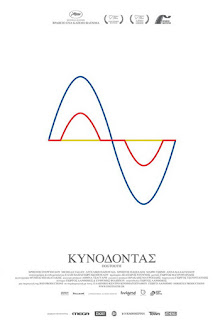 I have no idea how this movie got nominated for Best Foreign Language Film. I say that not because the film is not good – it's fascinating, actually – but because it is a really bizarre film. For a group of people who is into, you know, Joyeux Noël and Departures, Dogtooth is a strange choice indeed. This movie is about a man and his wife who raise their children as dictators, allowing them no access to any culture but their own and creating strange (and inexplicable in the context of the film) rituals. This appears to be a kind of protection against violence and perhaps sexuality. And yet... the children (who are actually adults) are shockingly violent and brutal with one another. As you can imagine, all of this does not have a happy ending; I found it all quite compelling. 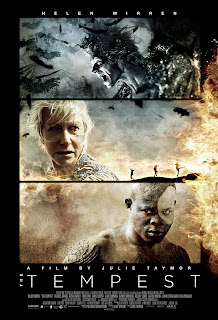 I am so over Julie Taymor I can hardly deal with it. I haven't seen this yet, but Prospero as a woman? The idea could work, I suppose, but the play itself is heavily invested in colonialist narratives, heteronormativity, misogyny (obviously), and a persistent, unmistakable classism. So, what do we glean from the trailer? All of these appear to be as present in the film as they are in Shakesperare's 1611 original, and the visual effects appear to be – in a word – risible. As for its release date... that happened already. It didn't come to this city; where did it play? (This is unkind. Sorry. I am just really over this whole idea.)