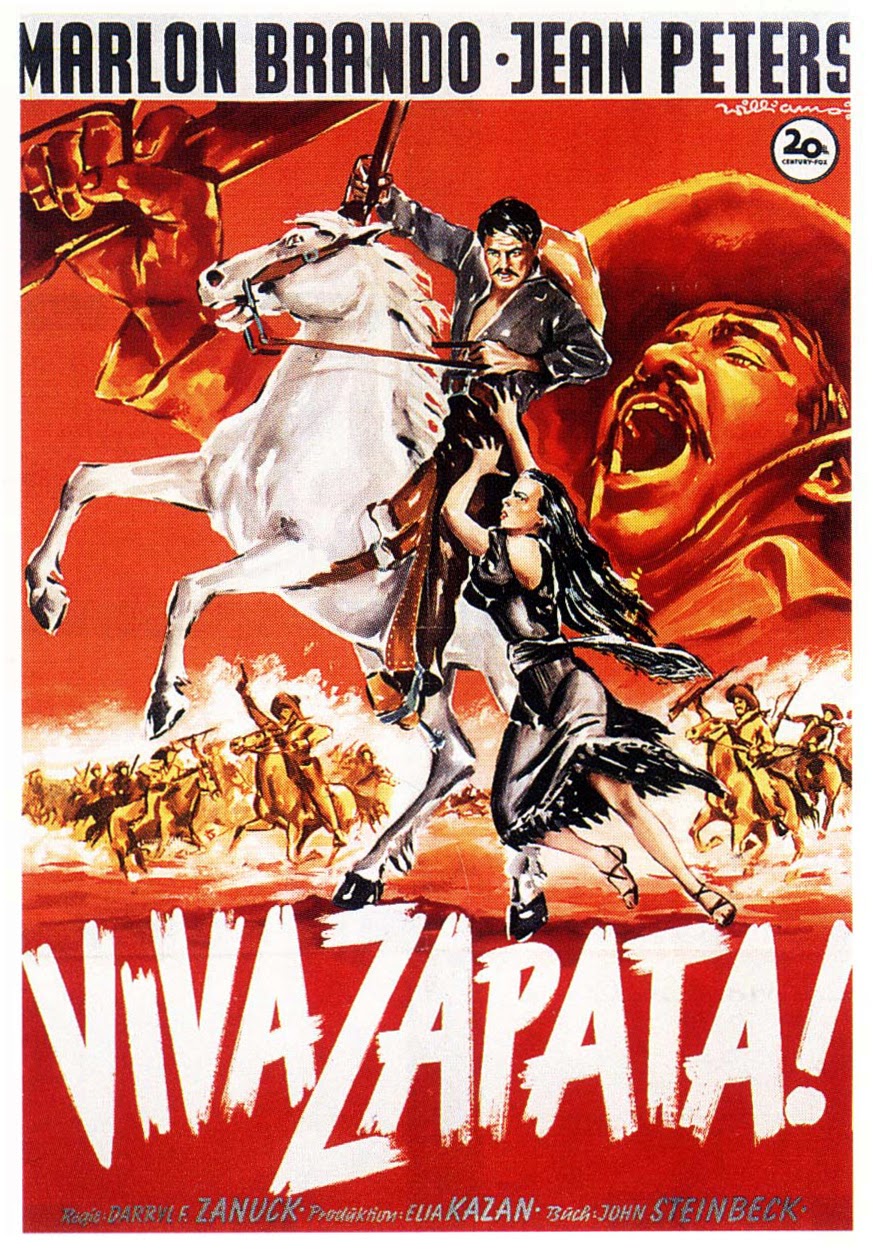 I loved Elia Kazan's Viva Zapata! with Marlon Brando. Now, I know that Brando plays the Mexican hero Emiliano Zapata, and that, therefore, it is (yet another) instance of Hollywood casting a mostly white actor to play a person of color, but the film is still great. And it also boasts an awesome performance by Mexican-American actor Anthony Quinn.

For me the greatest thing about Viva Zapata! was its cinematography. Everything in the film is sun-bleached, and the desert in this film is a stunning white. In fact, the way the film is shot, everything looks white. It's rather an extraordinary achievement of black-and-white photography to my mind (although, perhaps I don't really know what I am talking about).

Thematically, the film is sort of a reactionary, disillusioned, anti-revolutionary thing. The revolution, we find out, must continue purge those who wish to stop the revolution. The revolution eats its head off. The revolution is co-opted by those who wish only for the deaths of others and do not really care about others. All of this is true, of course, but for me that does not mean we ought to give up on the idea of revolution; Kazan, apparently, had given up. 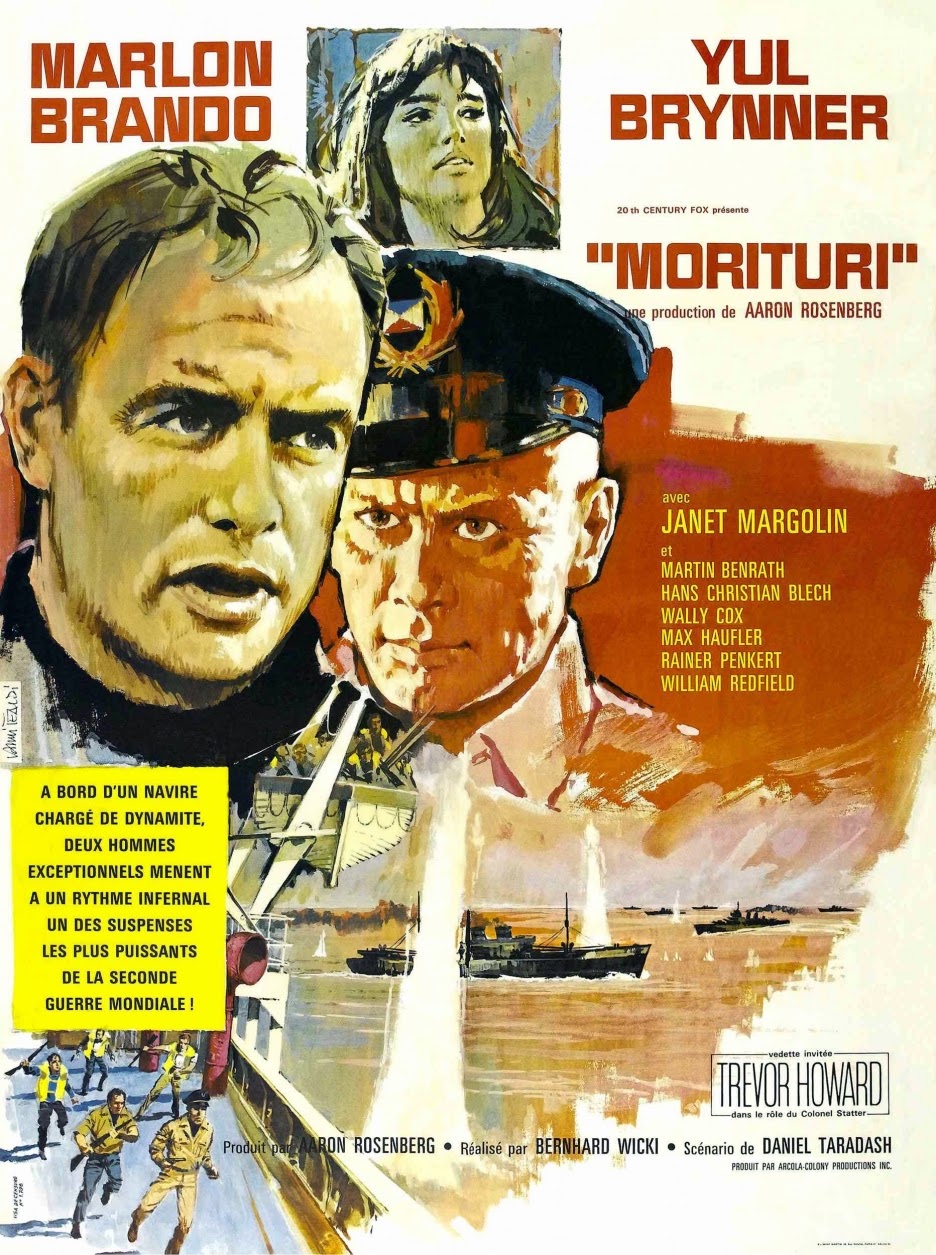 But this is a very good film with some excellent performances and gorgeous photography. And now it is available on blu-ray, so that cinematography is on full display.


Bernhard Wicki's Morituri is also really good. It's much more of a melodramatic action-suspense film, with Brando as its disaffected center. I found it gripping and truly enjoyable. Wicki's film Die Brücke is one of the most pitiless of anti-Nazi films ever to be made. This one, too, is absolutely clear about the crimes the Nazis committed. At no point does this film – as so many do – allow Nazi Germany simply to become a backdrop for an action film. The atrocities of the twentieth century are always there for us to see. That Morituri can also be a tensely crafted suspense film is a testament to how good of a filmmaker Wicki was.
Posted by Aaron C. Thomas at 11:46 AM