I met Derek in high school, but I didn't really hang out with him back then. Like most of my high school friends, the real formative years for my friendship with Derek were in the few years after high school. In a way, we became drinking buddies before we were friends. My friend Jaime really brought us together. She loved us both, and if D and I didn't know each other all that well, well, Jaime was going to make us friends anyway. It worked, obviously. Me and Derek's senses of humor are fairly close to identical, and we ended up having amazing relaxed times together, particularly the three of us. Some of my absolute best memories come from this period in my life. I cannot even begin to consider counting the hours and hours I spent with Derek during these couple of years. 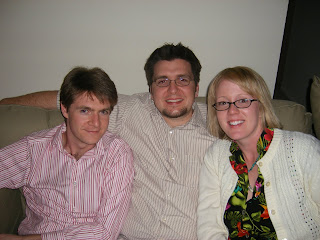 Jaime and Derek and I used to hang out every day during the summer – I can't really remember which summer. 2000? 2001? We would meet and spend time together early in the day around 10.00a or so and then we would say goodbye and all go take naps – I would almost always go watch a movie – and meet up again in the evening. And in the evenings we would just hang out in Claremont. There was this coffee shop back then called Rick's where we spent time for lack of anything better to do. Or we would just stroll around Claremont, sit in the parking lot of Rhino Records, walk to the library. (Wild times.) Other days I can remember hanging out at Borders for hours or WalMart or the front stoop of Jaime's then-non-stepmother Linda's house. I don't know how we managed to kill as many hours as we did, but we talked about everything under the sun back then. 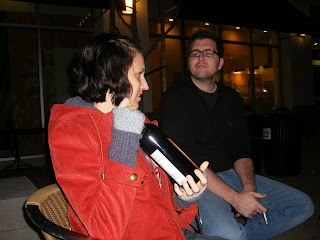 I came out to Jaime and Derek before I came out to anyone, and I remember wondering whether my parents were gonna kick me out of their house and what I would do if they did. Derek said, "Well, you will always have a home with me no matter what." We were, like, twenty: it was an extraordinary thing to say and I've never forgotten it. 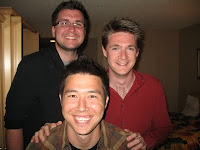 Two summers ago D and I roadtripped up to Seattle to visit Jaime and John. I had just gotten ordained as a minister and insisted on blessing passing cars. I almost got pulled over once and insisted to Derek when the policeman pulled over the car in front of me that it was because I was a minister. Derek was over the whole thing. It was hilarious. 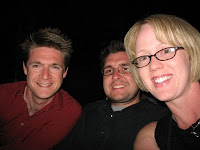 Derek is probably the most dependable of all of my friends. I never wonder what he's thinking, what's going on, whether or not he's okay. D is always okay. I never ever worry. And maybe sometimes I should, but that is just the kind of relationship the two of us have. One year I don't think we spoke at all. Actually, we have probably gone without speaking for six months more than once. He was living in Nevada for a while when I was in California, and more recently I have been living in Florida even though he's back in California. No time away from each other ever seems to have any effect on our relationship. We always have dinner just the two of us away from everyone else in the group of friends (I lie: Sarah comes sometimes). Last Christmas when I was in California I met up with a huge group of people in Fullerton or some such location and after everyone left Derek and I (without planning this ahead) went and had coffee by ourselves without telling anyone else. We just sort of knew we needed to. It was great.

These are my favorite times with Derek these days. When we hang out there is never a production. It is the same as it was when we had just gotten out of high school. We go to the liquor store or the grocery or Costco. A great deal of bonding can happen at a Costco. 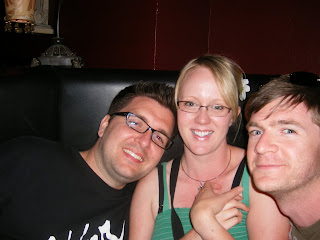 More than anything else, I consider Derek my family. If I needed to I could go back to that moment when he told me I'd always have a home with him, but I don't even need to do this. Derek reminds me (and the rest of the locals – and indeed his own brother and sister) all the time that we are his family. That he loves us more than anything else. That if we ever need anything, he will be there. Having someone like that in my life makes it easy to be grateful, and it makes me feel like it's okay to fail at things. Even if I really suck at something, someone is going to love me on the other end of it. That, to me, is what really having a family is all about, and Derek is mine.
Posted by Aaron C. Thomas at 11:55 PM