By now, perhaps, you have read that actor Zachary Quinto has publicly stated in New York magazine that he is a gay man.

The gay news and Awards Daily both reported this on Sunday, and a few of my friends also shared the above link on facebook. I read a couple of posts on Twitter, too, noting that hopefully other famous people will also feel the need to "come out" now. 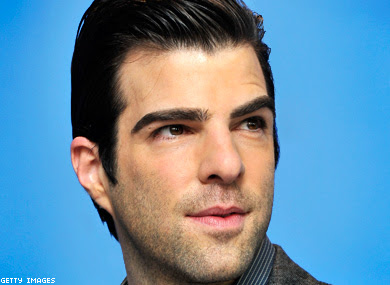 I am going to speak ambivalently. True story: I recently refused to go out with a man because he is over forty but still not out on facebook. It seemed like a good rule for myself. I don't need to be on a date with a grown man who isn't also proud of being gay. And yet when I told one of my kids about this he said Well, I'm not out on facebook.

That's different, I said. You're young! You have your folks to worry about. And other family. And bullying and all of the fear that goes along with being still dependent on other people, including parents, teachers, etc.

And I do think it's different. I'm not saying that this gentleman who wanted to date me should be out on facebook. Just that I don't date people who aren't. It's not a prescription for him; just a rule for myself.

Sedgwick has this moment in Epistemology of the Closet where she says that all gay people are always to some degree or another in the closet. Am I out to my next door neighbor? Am I out to the checker at the grocery? To my mechanic? To all of my teachers? To the woman in the seat next to me at the theatre? To the Dean of my College?

And sometimes I am intentionally in the closet: with some of my relatives, with old family friends (I did that just this summer!), with various bartenders I know, when I'm on the phone with payroll. I am not saying that it's right to be in the closet (however fully) in these moments, but I also don't think it's wrong, either. It's a kind of code-switching, something queer people are actually asked to do by a homophobic society that constantly polices public space: make your sexuality invisible, please. We don't need any of that around here!

I get very uncomfortable when people call for public figures to come out of the closet. Not that I wouldn't love it if they did. Not that I don't think that being out and proud is helpful. I do think it's helpful, and I know from my own experience how helpful it has been to my own students who – because I am very open about my identity as a gay man – feel like they have someone who understands them as lesbian and gay kids going through difficult things. But I don't think anyone owes it to anyone else to declare his or her sexuality. I don't believe that queer people like Zachary Quinto or Ricky Martin or Jodie Foster have any responsibility to be out and proud. In fact, some people are in a better position to do good work (I am thinking now of a certain newsanchor) if their sexuality stays an open secret. 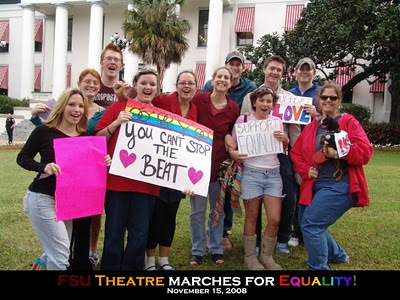 I am probably extra-sensitive about this topic because I teach undergraduates. They are constantly being asked to declare their sexuality. And sometimes they can really pressure those who are unsure about their sexuality – or unsure about their sexuality qua identity or afraid their desires will be misinterpreted – to just come out already. To my mind these young people do not need to declare who they are, do not need to speak about what it is that they think they might want, do not need to decide if they wish to identify with one or another group until they are ready. And I get very protective when others wish to hurry them along (particularly since our society promotes a near-complete disavowal of the existence of bisexuality).

Anyway, I guess what I'm saying is that queer people don't owe the rest of us anything. And if they don't feel like publicly declaring their queerness, that should be up to them. I am proud of my queerness, and I am a privileged white male who is in a position to be queer publicly without undue detriment to my career prospects, my work, and my personal safety. To me, a call for someone else to "come out" covers over this privilege and pretends that everyone else is just as privileged as I am. Indeed, it seems to me that a call for someone else to "come out" pretends that coming out is actually easy, when it can, to many queer people, feel like a nearly impossible task.
Posted by Aaron C. Thomas at 1:01 AM

Email ThisBlogThis!Share to TwitterShare to FacebookShare to Pinterest
Labels: sex