An Appreciation of Supporting Actors

I am not one to rant about whom the Academy of Motion Pictures Arts & Sciences decides to nominate for its big awards. I think the nominations really are the coolest thing about the whole Oscar process. Because the nominations are given by peers who are working in their fields, I really do believe that it's an honor just to be nominated.

This year, there were four actors nominated for the very first time – Bradley Cooper, Hugh Jackman, Quvenzhané Wallis, and Emannuelle Riva. This is an incredibly small number by any standard. Last year there were nine actors with first-time nominations. In 2011 there were eight. In 2010 that number was a whopping twelve.

Two thoughts. First, it is to the Academy's benefit to nominate a large number of new people every year, to give a kind of official blessing to actors who have been working hard for many years and to enable them to get more and better work (like Jacki Weaver or Shohreh Aghdashloo or Octavia Spencer or Sophie Okonedo), and when they fail to do this, they really fail a whole bunch of good, hard-working performers. Second, what this small number of first-time nominees demonstrates even more fully is an absolutely astounding lack of imagination. Instead of nominating a bunch of truly amazing supporting performances, they chose to nominate in both supporting categories ten actors who have all been nominated before. All of them. For the men it's even worse. Every single one of the nominees for supporting actor has won an Oscar before. Each and every one of them has an Oscar. Robert De Niro, in fact, has two.

Now it is true that in Silver Linings Playbook De Niro probably gives his best performance in the last fifteen years. Broad love for the film meant that he was definitely getting a nomination. But is it really an astounding performance in any way? Tommy Lee Jones, Philip Seymour Hoffman (who I think is always overwrought), and Christoph Waltz? All of whom already have Oscars? Why is it that 4 of the 5 nominations in this category come from Best Picture nominees? Last year that ratio was 2 out of 5. In 2011 only 1 out of the 5 was in a movie nominated for Best Picture (eventual winner Christoph Waltz).

My favorite performances of the year from supporting actors – apparently – had no shot of a nomination. Most have never been nominated for Oscars before, I guess, and so they're on nobody's radars. A true shame because there were some really wonderful performances by hard-working, excellent actors happening on the sidelines of this year's movies. I will stop complaining for the rest of this post and (instead) talk about some of these great performances. 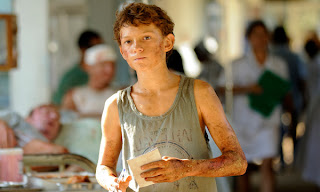 Tom Holland is great in The Impossible. This true (but totally preposterous) story of a family separated and battered by the tsunami in 2004 is an emotional rollercoaster and is filmed in gruesome detail. Holland plays the eldest of a trio of boys who are separated when the giant waves hit. Holland's character Lucas manages to locate his mother (played by Naomi Watts) and though she is very badly wounded, he helps her to safety, rescues a random baby, and then while he's in this hospital filled with refugees, he starts to help people find their family members, going from room to room calling out names in the hope that people will be reunited. As I say it is incredible, but my generally skeptical heart of stone melted constantly when Holland was onscreen. His performance is honest and beautiful and completely believable, and as we follow the ups and downs of his narrative of loss and terror, the overwhelming nature of what he is going through also manages to be our way of going through it. It is an excellent performance. 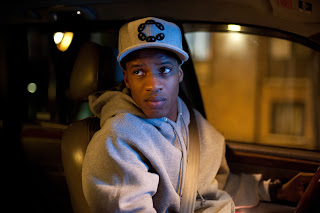 Nate Parker in Arbitrage plays a young man named Jimmy who gets embroiled in the dealings of Richard Gere's scheming, criminal businessman Robert. Gere's character basically foists his entire problem onto Jimmy, and Jimmy has to deal with the difficult ethical question of whether or not to turn Gere's character in to the police or to protect a man to whom he feels indebted. Richard Gere's performance created quite a lot of buzz during Awards season, but Nate Parker is a revelation. His moral quandary and his total desperation as the noose around him and Robert tightens are beautifully performed, and – given that he is also the ethical center of the film – his decisions resonate deeply with the audience. Arbitrage, at key points in its narrative, asks us to put ourselves in Jimmy's shoes, and Parker's performance has a suppleness and power that makes that identification riveting and deeply emotional. 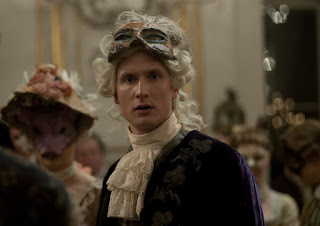 In A Royal Affair, Mikkel Bøe Folsgaard plays the crazy Danish/Norwegian king Christian VII in eighteenth-century Denmark. The performance already won the 2012 Silver Bear at the Berlinale, and his work is really impeccable. Folsgaard manages to play this young monarch with a vulnerability and humanity despite his truly ridiculous and oftentimes violent and cruel behavior. And as much as the audience is alternately disgusted with him and terrified of him, I found myself sympathizing with this young man, who has no control over his irrationality, and needs more than anything else someone to attempt to understand him. It is completely due to Folsgaard's excellent work that the performance doesn't descend into Tom-Hulce-in-Amadeus craziness. Instead, King Christian is a character we want to succeed, whom we want to forgive even when he behaves erratically. 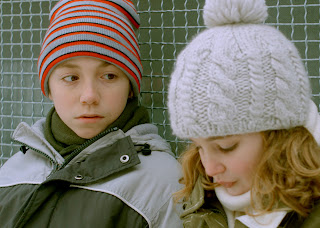 In Monsieur Lazhar, a primary-school teacher kills herself in her classroom and in the morning, she is found when the school bell rings. The film is no great shakes, honestly, but Émilien Néron, who plays the young boy who discovers his teacher's body, and who harbors an enormous amount of guilt about his teacher's suicide – he blames himself. Néron is superb in this part. He communicates his character's terror and disaffection perfectly. This kid will break your heart; I promise. I couldn't watch him without welling up. It is exactly the kind of performance that deserves to be honored, and it isn't just me who thought so: Néron won the 2012 Jutra Award for Best Supporting Actor for his work in Monsieur Lazhar. 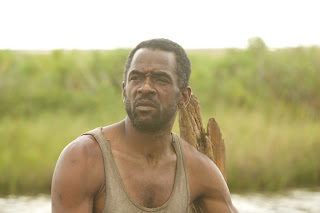 In the excellent Beasts of the Southern Wild there is more than one standout performance. Everyone is understandably talking about young Quvenzhané Wallis's fabulous work in the movie, but Dwight Henry as Hushpuppy's father is also wonderful, and in a true supporting fashion that never overshadows or eclipses Wallis. In many ways, Henry's character is the conflict of the film, pulling his daughter in various directions and teaching his daughter the things she needs to know before he goes. It's a desperate performance of parental anguish and physical agony. If the film is as intensely moving as it is, this is not due only to Wallis, director Benh Zeitlin, and the excellent script, score, photography, etc. (it really is the best movie of the year) but also due to Dwight Henry's performance and the fierceness with which he approaches this role. 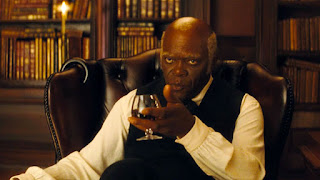 And you already know how much I loved Samuel L. Jackson in Django Unchained since apparently I can't seem to shut up about how good he is in that movie. In fact, Jackson steals the movie from all of his co-stars. Jackson's role, granted, is the best written role in the film, but the actor's skill at playing Tarantino's dialogue to the hilt, his genius at knowing just what kind of film he is in, and his way of making a role into something iconic illustrate that Jackson is not only one of the most exciting actors to watch onscreen these days, he is clearly also one of the most shrewd. The performance is over-the-top while managing to be empathetic and surprising, and it's completely, totally, perfect for Django.

And there are more. Anna Karenina's earnest farmer Levin is played with mannered intensity and timid passion by Domhnall Gleeson. His performance is eager and honest, and it is perhaps the most emotionally charged work in what I thought was a beautiful film. And Christopher Walken's sad, aging dog-napper in Martin McDonagh's Seven Psychopaths also deserves mention. It's an excellent performance of a profoundly tired character dealing with great loss. There is also Irrfan Khan as the adult survivor of a great adventure in Life of Pi, and Javier Bardem psychopathic villain in Skyfall.

No matter how you look at it, there were some beautiful performances by supporting actors this year. Some of these performances were the best things in their films, and some simply made excellent films even better with their honest work. In any case, I had a great time watching these actors at the movies this year, and I hope they stay on all of our radars, Oscar nomination or no.
Posted by Aaron C. Thomas at 11:58 PM