As I do every year in the weeks leading up the Academy Awards ceremony, I will be sharing my thoughts on all of the feature-length fiction films. For me that means 43 films this year (I usually exempt myself from the documentaries). 2013 is certainly the strangest Oscar season I've seen since I started watching all the films in 1999. And because the thing I tend to love about Oscar season is all of the surprises and unexpected twists and turns – in short, the drama – I am finding this year really fun, though hard to predict. Still, my favorite films of the year (Beasts of the Southern Wild, Amour, and Lincoln) all did better than expected when the nominations came out, and each is nominated for Best Picture. So I am excited to see what happens.

If the nominee has been nominated for Oscars previously, they will be listed next to his/her name in parentheses). This year's nominees: 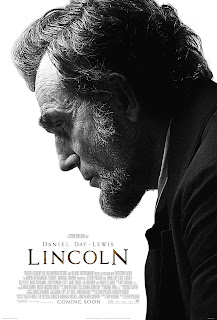 Lincoln
12 Nominations
Director: Spielberg
Cast: Lewis, Field, Jones, David Strathairn, Joseph Gordon-Levitt, James Spader, Tim Blake Nelson, Jackie Earle Haley, Gloria Reuben, John Hawkes, Hal Holbrook, Lee Pace, Michael Stuhlbarg, Bruce McGill, Joseph Cross, Jeremy Strong, Stephen Spinella
I really loved Lincoln. You can read some of my thoughts (on it and Abraham Lincoln: Vampire Hunter) here. I loved this film mostly for the beautiful acting and for the gorgeous script that Tony Kushner wrote. I felt as though it said so much about the man, his inner struggles, and his ethical principles. I also felt like it managed to capture Lincoln's sexuality, not as a desiring sexual subject, but as a sexual object. The film got at why his contemporaries and why we have found him so desirable as a personage – both as a man and as a symbol. I found it a lovely film. I did not, however, imagine it would wind up as the year's most nominated film, and I was a little surprised to see it rack up more nominations than last year's Hugo. Evidently, the Academy loved Lincoln, loved Daniel Day-Lewis, and loved Tony Kushner's script as much as I did. Don't expect an enormous number of wins, here, though. If the movie did well in terms of nominations overall, that doesn't mean it will emerge victorious in single combat. Argo and Zero Dark Thirty, I think, have it beat in several key categories.
Will Win: Actor, Adapted Screenplay
Could Win: Picture, Director, Film Editing, Costume, Production Design, Sound Mixing
My Rating: #6 out of 61 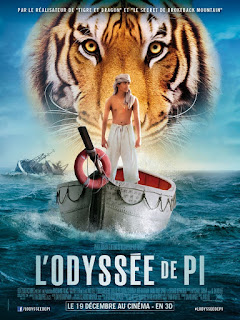 Life of Pi
11 Nominations
Director: Lee
Cast: Suraj Sharma, Irrfan Khan, Rafe Spall, Adil Hussain, Tabu
Wow. A lot of people liked this film. (I was charmed but not in love.) It deserves all of its technical nominations, of course – Life of Pi's most important achievement is its visual and aural splendor – but its lack of acting nominations means that it probably can't win Best Picture. Still, I think the best thing to do when gauging how the movie will do at the Oscars is to think about the categories in which Crouching Tiger, Hidden Dragon performed well in 2001. That movie had no acting nominations either, but people loved looking at it.
Will Win: Cinematography, Score, Visual Effects
Could Win: Director, Film Editing
My Rating: #28 out of 61 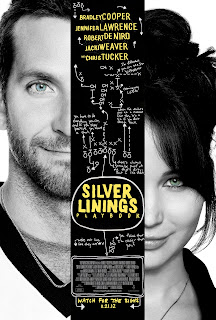 This movie was the big surprise on the morning of the nominations. Not many people were expecting Russell to be nominated for Best Director, and almost no one was predicting that Jacki Weaver get her second Oscar nomination for this movie. I really really liked Silver Linings Playbook (though I am forced to admit that the title is truly terrible, no matter how related to the plot it is), and I found its direction particularly powerful. Can the film surprise us just as much on the evening of the awards? Or was the morning of the nominations the peak in this movie's popularity? I think SLP really could end up cleaning up if the love for this movie can carry through to mid-February, but... somehow I don't think it will. It's a comedy, after all, and on reflection it will seem more lightweight than Argo or Amour or even a baldly sentimental epic like Lincoln. I think the Academy will lean toward films that feel more "important" on Oscar night.
Will Win: N/A
Could Win: Director, Actor, Actress, Adapted Screenplay, Film Editing
My Rating: #12 out of 61