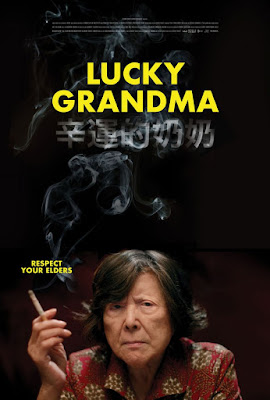 Lucky Grandma (幸運的奶奶) is funny and charming, and Tsai Chen is great. It's very well directed, and it's Sasie Sealy's first feature! I enjoyed myself a lot, and laughed a lot, as well. This is good fun, and doesn't get mired in sentimentality the way one might expect a film about an irascible grandmother to get.
Posted by Aaron C. Thomas at 11:49 PM No comments: 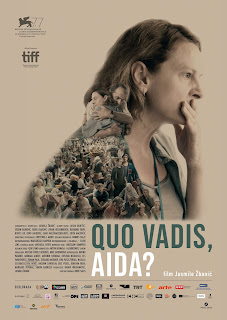 I loved Quo Vadis, Aida?. The central performance, by Jasna Đuričić is incredible, and the film itself is stunning, even merciless. But this story of the tragedy of the Srebrenica massacre isn't relentless at all. It leaves space for the viewer to breathe and process while also never minimizing the brutality of what happened. It's an excellent film.

The phrase, Quo Vadis?, incidentally, is a reference to Saint Peter, who deserts his people in Rome, but the Christ appears to him as he flees and he asks the Christ where are you going? The Christ replies Back to Rome, to be crucified again. Upon hearing this, Peter's courage returns to him and he goes back to Rome to be martyred. It's quite a literary reference to live up to. But this movie manages it. Quo Vadis, Aida? is really stunning, and it doesn't sell the suffering it portrays short. And the ending of the movie? It's chilling.

Quo Vadis, Aida? was nominated for Best International Film at the Academy Awards for 2020+, and it was released for distribution in the U.S. in 2021. You can watch Quo Vadis, Aida? on Amazon or anywhere else you buy video on demand. 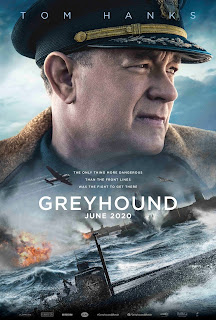 With a better script Greyhound could have been a pretty exciting movie. Even with its terrible script – which focuses on religion for a risible amount of time – it's frequently exciting and often a bit of a nailbiter. But, as usual, Tom Hanks is kind of boring. And the script – which Hanks himself penned (really?!) – treats the main character as some kind of saint whose weird behavior is not quirky but instead some kind of mysteriously magical power. (This is, presumably, in the source material, a memoir by the main character that is titled (rather ambitiously) The Good Shepherd.) There is also a shallow frame with a love interest, and director Aaron Schneider weirdly insists, throughout, on referring to dead people as "souls". As in, "We lost 200 souls last night." It's weird.

The fights are cool. The rest of it is silly.

Pieces of a Woman 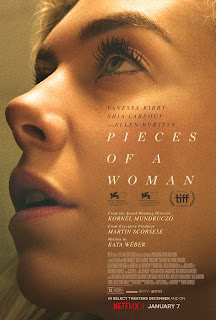 Everyone says so, and everyone is right. The first thirty minutes of this film are really, really great. The remaining 95 minutes are a predictable melodrama. The camerawork is great, and of course Mundruczó has great style. Pieces of a Woman is well made; it's just that there's not much to it.

You know... the thing about dead babies in films – this is not quite as true onstage, but I think it is true of films – is that they're replaceable. It's easy to jump forward 2 years or 1 year or whatever, and magically, poof, there can be a baby. Or even a full-grown six-year old or whatever. It's just so easy. So the stakes just don't seem very high to me in a movie when someone loses a baby. The filmmaker can get you another one without any trouble; don't worry.

It is surprising that Mundruczó decided to direct something like this after directing the intense White God. I don't really understand that, but, well, as I will say it again: the first thirty minutes are really stellar. 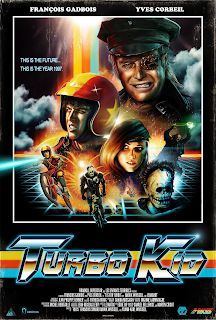 Turbo Kid is for the SXSW crowd. This is a kind of nostalgic dystopian film in the vein of Mad Max. Actually, this film loves Mad Max. I would say that Turbo Kid's main selling point is that it does its gross-out blood effects in the old-school way. No CGI. All geysers of blood and dismembered corpses spouting viscera at the camera. I didn't hate it or anything, but it's really gross, and its particular brand of nostalgia just isn't aimed at me.
Posted by Aaron C. Thomas at 12:36 AM No comments:

The Man Who Sold His Skin 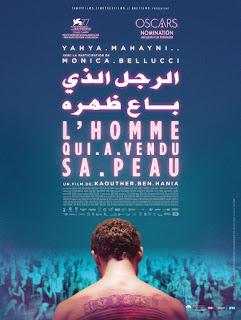 The Man Who Sold His Skin (الرجل الذي باع ظهره) is very good. I really like films about art, for the record. This movie is not up to the level of Museum Hours or The Square, but it's definitely intriguing, and Yahya Mahayni is great. I really enjoyed this. I think the reason it doesn't quite get to the level of brilliance is that the director, Kaouther Ben Hania, isn't willing to let her film be a tragedy. There's a moment near the end of the film where it really feels like she's going to let the bottom drop out, but a Hollywood sensibility brings us back around and the movie unfortunately can't stick its ending. Still, there's a lot of good stuff here, and as I said Yahya Mahayni is excellent.

The artist on which the entire premise of The Man Who Sold His Skin is based – Wim Delvoye – makes a cameo appearance in the film (his art does too), and so perhaps his involvement necessitated that we look at this artist in a more heroic light than we normally might. 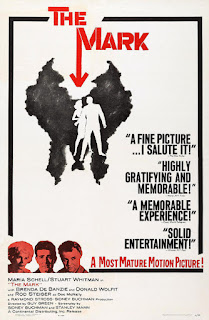 The Mark is a pretty extraordinary film about the way that society punishes formerly incarcerated individuals, especially so-called sex offenders. The Mark is made very well, and it's a stunningly humane portrayal. I really appreciated this and also really enjoyed it. It's a remarkable movie. Rod Steiger is brilliant in this.
Posted by Aaron C. Thomas at 9:28 AM No comments: 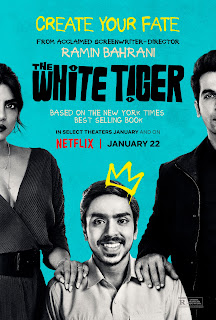 I thought I was going to like The White Tiger a lot, but oh boy is it boring. Director Ramin Bahrani's pace is consistently off, and although he spends a ton of time explaining why the character does what he does, he never quite lets us in. In fact, he has an odd contempt – as is quite clear in the narrative frame – for a character we're supposed to love and with whom we're supposed to empathize. We wait and wait and wait for the protagonist to do something. When he finally does – after I am not kidding you 100 full minutes – it is too little, too slowly filmed, and too late.
Posted by Aaron C. Thomas at 12:40 AM No comments:

They Live by Night 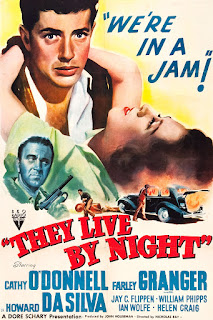 Nicholas Ray's They Live by Night is a different kind of crime film, or, rather, it feels different because Cathy O'Donnell and Farley Granger are so young. They're sweet and kind and sad, and the whole thing is very good.

I saw They Live by Night on the Criterion Channel. It's leaving on April 30th, so I needed to get it in before the end of the month. I need to remember to check out some more Farley Granger movies. He's a legendary midcentury gay actor, but I hadn't realized he'd been in quite so many movies! 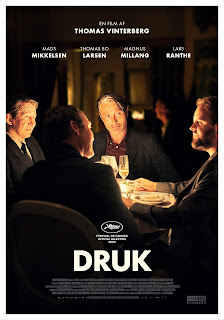 Another Round is such a male film. And it's about a group of men waking up to the lives they're living and learning to see them in a new way and be better men. These are men with a lot of privilege who get away with rather a lot. This film also made me very, very anxious. While also resonated with me deeply, even though I am not very similar to these guys. It's impeccably directed, and Mads Mikkelsen is flat out brilliant.
Posted by Aaron C. Thomas at 12:24 AM No comments:

BARELY LIKED MORE THAN I DISLIKED
~ ~
News of the World
Vitalina Varela
The Gentlemen
Blow the Man Down
Charm City Kings
The Life Ahead
The Prom
A Shaun the Sheep Movie: Farmageddon
I Was at Home, But...
The One and Only Ivan

DISLIKED
~ ~
The Burnt Orange Heresy
True History of the Kelly Gang
Calm with Horses
The White Tiger
The United States vs. Billie Holiday
Hillbilly Elegy
Made in Italy 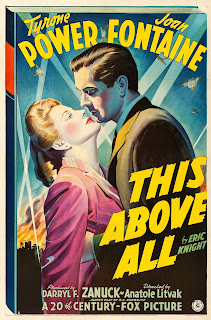 The first act of This above All is great. It's a class conscious story about a very rich woman who joins up with the Women's Air Force unit in Britain and pays no attention to her class. The second act of this is even better. It's a love story in which Joan Fontaine (who is luminous and charming) falls in love with the most handsome stranger she could possibly meet. He's super mysterious and secretive and the whole thing is sexy and intriguing and fun. And then act three happens and we're in full blown WWII propaganda mode. It's all faith and truth and fighting for what you believe in and marriage and god and England and well... whatever. Let's just say it lost steam. Still, the effects are great, the production design is excellent, and the bombing of London sequence is stellar. Tyrone Power is gorgeous (obviously) but speaks in a US American accent the entire time and literally never bothers to try to pass as a Briton. Meanwhile Joan Fontaine might as well be in a George Eliot novel. 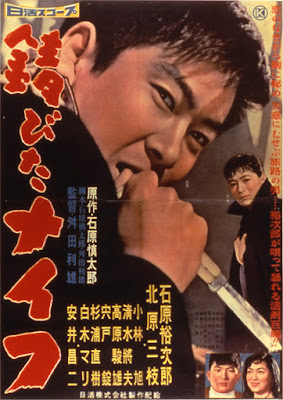 Rusty Knife (錆びたナイフ) is a pretty good Japanese noir, but it's a little too wordy, and the big villain doesn't really show up until the end, so his big reveal isn't that interesting. I really liked the ending, though. The relationship between Ishihara Yūjirō and Kitahara Mie makes this an above average yakuza picture.

I, of course, watched this on the Criterion Channel as part of their series Japanese Noir. This series has been incredible. 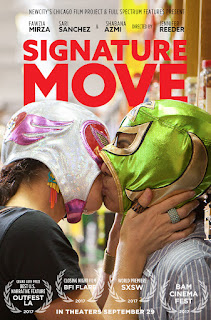 I was excited to love Signature Move (سیگنیچر موو). How often do you get to see a love story between a Pakistani American luchadora and a Mexican American bookstore owner. But Signature Move is honestly just a typical straight-to-video gay romantic comedy with very low stakes, a low budget, and more than its fair share of bad acting. The most exciting moment I had watching this was when my friend Kareem had a cameo I wasn't expecting as a random dude who kisses another guy.

I watched this with my unseen movie club, and I sort of felt bad for choosing it. But you can watch it anywhere you stream movies. 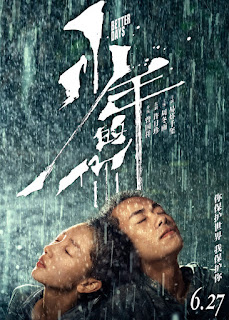 This is the most accurate poster I've ever seen. In Better Days (少年的你), Dongyu Zhou cries for the entire 2 hours and 15 minutes of the film. Then she meets Jackson Yee, and he adds his tears into the mix. There is barely a shot in the movie that doesn't involve one of these two actors crying. I don't believe I've ever seen a movie with this many tears. It'd be different if there were something else in the movie at all, but there isn't. All we get are tears here.

Oh, also this movie is ostensibly about bullying, which Derek Tsang informs us is a "universal" problem. It is happening everywhere, and it's terrible. I find it very confusing that the film refers to the awful violence that occurs in it as bullying when it is actual violence.

I am not sure when this movie was released. IMDb says November of 2019. Better Days wasn't on the Academy's eligibility list for 2019 or 2020, but then it was nominated for Best International Picture in 2021 (which is why I watched it). I don't know how this all shakes out, but I'm going to consider it a 2019 movie. Either way it is not a good movie, so it doesn't much matter.

Quo Vadis, Aida?
The Man Who Sold His Skin
Godzilla vs. Kong 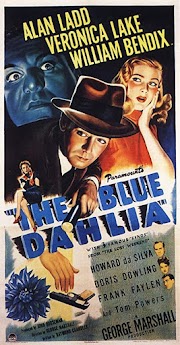 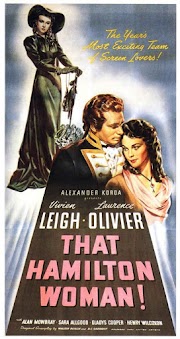 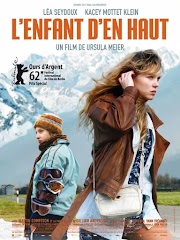 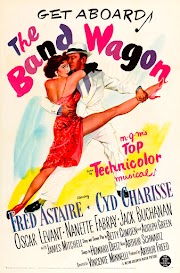 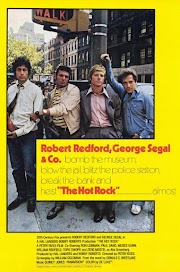 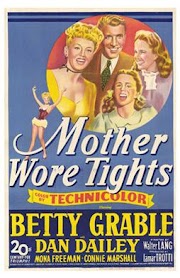 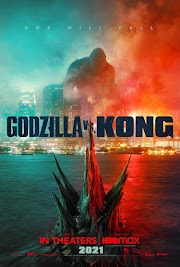 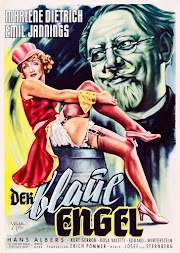 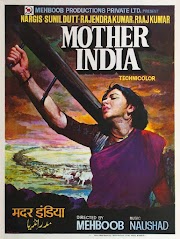 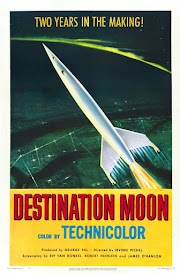