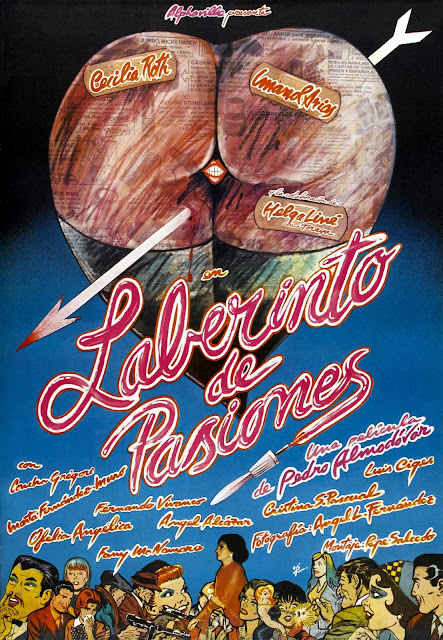 Labyrinth of Passion (Laberinto de Pasiones) is a completely outrageous sex farce. It's Almodóvar's second movie, and it's about a gay Arabian prince and a female Spanish pop star nymphomaniac who fall in love. They're both singing for punk bands, but there's also a princess, a group of terrorists, a laundress, two psychiatrists, and an insane drag queen. It really is a labyrinth of insanity. This is delightful fun, and many of Almodóvar's later themes (drug induced affections, plastic surgery, incest) are already on view here. Pedro himself also makes a cameo singing an insane song in a nightclub.
Posted by Aaron C. Thomas at 11:48 PM